Israel is still celebrating singer Neta Barzilai’s great victory at the Eurovision Song Contest in Lisbon, Portugal, but on Sunday, the morning after, it’s time to figure out next year’s ceremony – to be hosted by the winning country.

Over the next 12 months, Israel will have to produce the show, choose the presenters, and of course decide where the show will take place.


A few minutes after the dramatic announcement of Neta Barzilai’s win, the public debate over the location of the competition began next year has already started. Many claim that Tel Aviv, Israel’s entertainment Mecca, is the city that should host the show, but the Jerusalem municipality – which hosted past Eurovision competitions – has already posted on its official Facebook page a message celebrating the Barzilai win and inviting everyone to the 2019 competition in the eternal city.

In the past, when the Eurovision competition took place in Israel, it was at the Binyanei Hauma International Convention Center, at the entrance to Jerusalem. But the hall is quite old (it was last used for the song festival back in 1998) and does not fit the Eurovision Song Contest’s vision in recent years.

The dates for next year have already been set. The competition next year will be held using the same format as this year – two semi-finals and a final. At the moment it appears that the semi-finals will be held on May 21 and 23 and the big final broadcast will take place on the 25th, two days later.

The first two dates will present a problem in Jerusalem, seeing as they fall two days before Lag B’Omer and on Lag B’Omer – the part of the Sefirat Ha’Omer (counting of the new barley harvest) when public expressions of joy as well as singing are discouraged. The final date, though, won’t pose a problem. 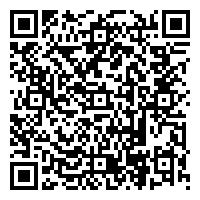