After the Danish Foreign Ministry had announced tougher conditions for the transfer of aid to Palestinian Authority-affiliated NGOs, and following criticism of the move in the Danish parliament’s opposition parties, the parliament has summoned Foreign Minister Anders Samuelsen to a special hearing to be held Wednesday, where he will be asked to explain why the Danish government has decided to change the criteria for its support of these organizations, and to answer whether Israel was involved in the decision.

Last December, Danish Foreign Minister Samuelsen announced that his government would restrict donations to NGOs affiliated with the Palestinian Authority, by increasing oversight and limiting the number of approved organization that receive Danish support. His decision followed an investigation that began in May 2016, presumably under pressure from Israel’s UN envoy Danny Danon.

The leftwing parties in the Danish parliament claim that the foreign minister has surrendered to an Israeli dictate, but political sources in the coalition government claim that the move is part of Danish domestic politics and that Denmark will not be reversing its decision, to block aid money that goes to NGOs that transfer their allocated budgets to organizations supporting the boycott against Israel and maintain contact with terrorist groups.

The Danish leftwing opposition also wishes to find out whether the FM’s decision was influenced by the reports of NGO Monitor, an Israeli research group dedicated to exposing the relationship between anti-Israeli NGOs and donors abroad, as well as the nature of the activities of said NGOs.

Last Friday, the Danish parliament voted overwhelmingly (81-22) to exclude Jewish settlements in Judea and Samaria from Denmark’s bilateral agreements with Israel, and bolster government guidelines against public and private investments in projects in those settlements, as well as in Jewish-run projects and businesses in eastern Jerusalem.

The parliament’s resolution recommended using the UN High Commissioner for Human Rights’ blacklist of Israeli companies operating in the territories as the basis for deciding which bilateral Danish government projects should be curtailed. 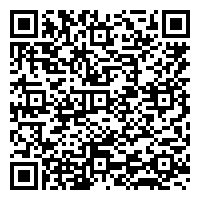