A petition to ban on male circumcision in Denmark will be presented to parliament, organizers announced on Friday, after having received more than the 50,000 signatures required.

In Denmark, citizens can force parliament to debate legislation by gathering a minimum of 50,000 signatures.


Intact Denmark – Association Against Circumcision of Children, began its petition drive on January 1, calling for a ban on circumcising males under the age of consent, 18.

Danish media has been doubtful about the petition’s chance of success, pointing to the fact that it has not attracted the support of any of the large political parties. Only the Socialist People’s Party, which received 4.2% of the vote in the 2015 national elections, has come out in support of the petition.

The Intact petition cites the UN Convention on the Rights of the Child, and calls for a six-year prison sentence for anyone carrying out circumcisions on boys under the age of 18 without a medical reason. The same sentence has been in effect since 2003 in Denmark against anyone who performs female circumcision.

“Society has a special obligation to protect the fundamental rights of the child until they’ve reached an age of maturity when they can take on this responsibility themselves,” the petition reads.

According to the Health Ministry, between 1,000 and 2,000 circumcisions are carried out in Denmark each year, presumably by Jews and Muslim living in Denmark.

The Jewish community has protested the petition, arguing that the ritual has been practiced in Denmark without any difficulty for more than 400 years.

Incidentally, last Thursday Denmark passed a ban on full-face veils, directed at Muslim women wearing a hijab or a burka. The law was passed by 75 to 30 votes in parliament and will be applied starting August 1. Women who violate the ban will be fined 1,000 kroner ($122), and 10 times that for repeat offenders. 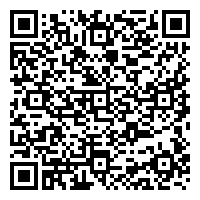