Some 150 speakers from around the world are gathered this week at the University of Vienna to find a way to try to eliminate anti-Semitism – a monumental task, but one the European Jewish Congress is determined to at least launch, if not entirely accomplish.

EJC President Dr. Moshe Kantor called for “practical solutions” to dealing with anti-Semitism at the gathering, entitled “An End to Antisemitism.” Tel Aviv University is collaborating on the event together with U. Vienna and New York University as well.


The unprecedented event, which includes speakers from North America, Israel and Latin America, Australia and various European countries, was opened by Heinz Engl, Rector of the University of Vienna, Dr. Kantor, a co-sponsor, and French philosopher Bernard-Henri Lévy.

“This must be the beginning of the end of anti-Semitism, because talking about anti-Semitism is not enough. We must be ambitious and pragmatic in order to find enduring solutions to this problem,” Kantor said.

“People marching in the streets of European capitals shouting ‘Death to the Jews’ has led to the actual death of Jews, and will continue if Europe does not react,” Kantor warned.

“That police and military protection for Jewish communities is, of course, necessary, is in itself a shameful indictment on European society,” he added.

“We have an obligation not to give anti-Semitism any space in the public sphere with radical forces on the Left and Right gaining strength.”

Among the other speakers at the five-day conference are renowned political, academic and religious decision-makers and opinion makers, including:

Kantor also spoke about the entry of the far-right Freedom Party into the current Austrian Government. “While some of the language from this party may have changed, it would need a stronger, concrete break from the past,” Dr. Kantor said.

“For the Freedom Party to be acceptable to those of us who look for a more open and tolerant Europe, they must get rid of all elements of its darker past and take practical steps.

“These must include the immediate rejection of anyone with an anti-Semitic past and who has made insulting comments publicly or virtually. We have taken note of the recent announcement of the setting up a panel of researchers to investigate its history. However, this cannot just be a tool of distraction or find evidence against a few already departed members,” Kantor warned. The panel must lead to practical recommendations that are enacted.”

The event was organized in response sto the “consistent rise of anti-Semitism around the world, especially in Europe,” Kantor said.

The conclusion of the conference’s analysis of anti-Semitism is expected to be a list of policies to effectively fight against, and prevent anti-Semitism around the world which are to be distributed to politicians, religious dignitaries, journalists, those in the legal profession and other decision-makers.

Experts at the conference are to be tasked with the development of specific short-term, mid-term and long-term strategies to combat antisemitism around the world with the aim of severely lessening it in future generations. 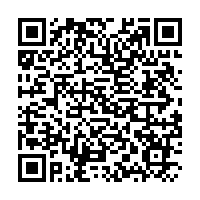