The Eurovision music competition — the longest running music competition in the world, watching by hundreds of millions of viewers around the globe — is slated to be held next year in Jerusalem after Israel’s contestant, Netta Barzilai, won this year’s competition with her entry, “Toy.”

But so far, at least three European nations — Iceland, Sweden and Ireland — have announced they will not send representatives to the competition next year in Jerusalem — in order to boycott Israel’s capital city.


A petition of 25,000 signatures — out of its population of 350,000 — demanded Iceland ensure it would not compete in Jerusalem. The move by Iceland was a huge insult, since earlier this year Israel provided a major tourism grant to Iceland’s small, low-cost airline in order to give it a boost in establishing a new route between Tel Aviv and New York with a stop in its capital city.

Israelis have begun to travel to Iceland as a selected tourist destination, with IDF veterans adding it to their itinerary post-mandatory service as well. The response to Israel’s victory at this year’s Eurovision was a major slap in the face by Iceland to the Israeli people.

The response by Ireland, on the other hand, comes as no surprise; the Dublin Lord Mayor is Sinn Fein councilor Michaell Mac Donncha, a member of the political wing of the IRA, and someone active in Ireland Palestine Solidarity and the Boycott, Divest and Sanctions campaign against Israel.

Ditto for Sweden, which has had a recent history of serious anti-Semitism and anti-Israel support for the Palestinian Authority.

It’s not yet clear how many other nations may use the supposedly non-political, musical bridge between cultural groups that Eurovision was supposed to represent since its creation in 1956, as a platform to express their hate for the Jewish State. We have only the FIFA World Cup events as a sample for consideration thus far. 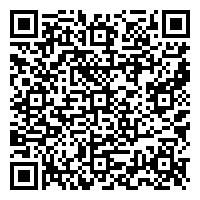