Anti-Semitism has reached its worst levels since World War II, French President Emmanuel Macron on Wednesday night told the Representative Council of French Jewish Institutions (CRIF) at a dinner where he was the keynote speaker. He vowed that France is going to recognize anti-Zionism as a form of anti-Semitism.

The French government collaborated with Nazi Germany during World War II, and was active in the deportation of Jews to the death camps in Poland.


“Our country, and for that matter all of Europe and most Western democracies, seems to be facing a resurgence of anti-Semitism unseen since World War II,” Macron said, and announced that legislation to fight hate speech on the internet would be introduced in May.

Anti-Semitic crime in France has risen by 74% over the past year. Macron and his government attribute the appearance of swastikas and other anti-Semitic graffiti to both far-right and far-left elements inside the “yellow vest” protest movement.

Over the past two decades, Anti-Semitism has been associated with Islamist fanatics residing in the welfare housing neighborhoods, where Jews have been targeted on religious and anti-Zionist grounds. However, the astonishing rise of anti-Semitic graffiti is a new trend.

The president shared with his audience of Jewish dignitaries that he had instructed his interior minister to ban racist and anti-Semitic groups, emphasizing three far-right groups: Bastion Social, Blood and Honor Hexagon, and Combat 18, which he said “fuel hatred, promote discrimination or call for violence.”

Earlier on Wednesday, Prime Minister Benjamin Netanyahu spoke on the phone with Macron, and condemned the rising anti-Semitism in France and Europe. The French president told the PM that plans to adopt the International Holocaust Remembrance Alliance definition of anti-Semitism, which determines that anti-Zionism is a form of anti-Semitism. Netanyahu was appreciative of the move. 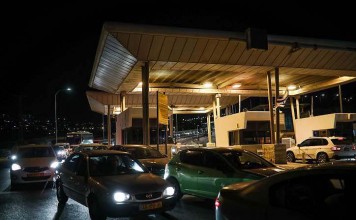 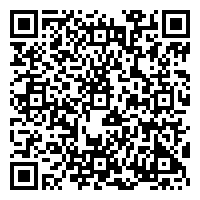