Yoseph Haddad, an Arab-Israeli social activist, was invited to speak next week at the Parliament of Ireland, where he planned to refute allegations that present Israel as an apartheid state. However, his arrival has provoked opposition from the Sinn Féin party.

Haddad, an Arab Israeli who served in the IDF and was wounded in combat and the director of the “Together Vouch for Each Other” organization, will go on a tour in Britain and Ireland following the publication of an Amnesty International report claiming that Israel pursues discriminatory policies against the Arabs in Israel.

Among the events during his visit to Ireland, Haddad was also invited to speak in the Irish Parliament in Dublin to MPs. According to the Sunday Times report on Wednesday, his visit has provoked internal opposition among the left-wing Sinn Féin party, which represents 37 seats in the 160 member parliament and is known as pro-Palestinian.

Chris Andrews, a Member of Parliament from the Sinn Féin party known for his hostile positions on Israel, issued a letter objecting to Haddad’s arrival in which he claimed that he was shocked that the Irish parliament would give Haddad a platform to attack the Amnesty report.

“For years, Palestinian and anti-Israel speakers have been hosted in the Irish Parliament,” said Haddad, “and I expect to come and speak to the Irish people and MPs to hear a different point of view. It is important that they now hear an authentic voice from the Arab-Israeli society that will present the truth,” he stated.

“I am not moved by the opponents, and they will not be able to stop me or silence me on the way to representing the Israeli truth in Ireland as well,” he added.

Israeli Arabs and organizations working toward coexistence rejected and condemned the report released by Amnesty in which it accused Israel of conducting an apartheid regime, saying its findings were “false and defamatory.”

Lorena Khateeb, an Israeli member of the Druze community and a social activist, said that “as an Israeli Arab citizen, I condemn Amnesty’s report. I grew up studying and working with Muslim Christians, Druze and Jews, we all put together the Israeli puzzle, despite the challenges, we enjoy equal rights and even work to fix what is not. This is what apartheid looks like?”

Haddad called to “stop the lies, and stop promoting your agenda on my back and the back of Israeli Arab society!” he demanded. “Amnesty International has already broken the record for hypocrisy, but to compare Israel to an apartheid regime is not only a distorted lie but an insult to all those South Africans who actually lived through apartheid. It is contempt for and cynical exploitation of the concept.” 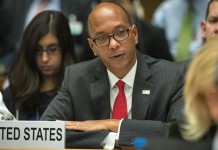 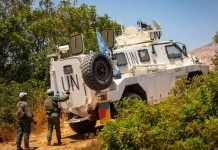 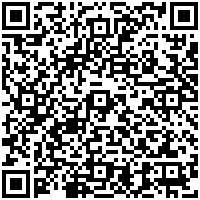