At the request of MKs Yehuda Glick (Likud) and Ksenia Svetlova (Zionist Camp), the Foreign Affairs and Defense Committee on Monday discussed Israel’s relationship with the Freedom Party of Austria (FPO), which was founded by a former Nazi functionary and SS officer.

MK Glick, who has been forging ties with the rightwing party which has been part of the Austrian coalition government since late 2017, argued that as a country that constantly fights boycotts, Israel cannot boycott the second largest party in Austria. He read excerpts from FPO’s manifesto, according to which the party rejects any form of violence and totalitarianism and acknowledges that all humans are born equal.

MK Svetlova contended that Israel should continue its non-engagement policy with the party. “We have reports on many anti-Semitic incidents in which FPO activists are involved,” she said. “This party should know that if it wants relations with the State of Israel, it must change. This is our moral and Jewish duty.”

MK Amir Peretz (Zionist Camp), chairman of the Israel-Austria Parliamentary Friendship Group, called to support the Foreign Ministry’s no-engagement policy vis-à-vis FPO, which he said is also backed by the Jewish community in Vienna. “It sends a message to the entire world that the State of Israel will not give ‘discounts’ to anti-Semitic parties, wherever they may be,” Peretz said.

Israel’s policy since last year’s Austrian elections has been to keep contacts with government offices under FPO ministers at a strictly civil service level.

Senior Foreign Ministry official Zvi Tal presented the government’s position, telling the committee that “the election results and the entry of FPO into the government have created a challenge. Prime Minister and Foreign Minister Benjamin Netanyahu (Likud) has instructed his office to avoid all contact with the party. We get the impression that Austrian Chancellor Sebastian Kurz understands our concerns, and his recent speech, in which he spoke of Austria’s commitment to the State of Israel and its security needs, was proof of this.”

Austrian Ambassador to Israel Martin Weiss told the committee that the current Austrian government is the friendliest towards Israel since he began his diplomatic career in 1990. He described Austria’s economic and tourism-related ties with Israel as very strong, and stated that it took Austria a while before it acknowledged its responsibility regarding the Holocaust, as for years there had been a “tradition of hiding behind the Austrian victims.”

Today, Ambassador Weiss told the committee, Austria recognizes its role in the Holocaust, “and this position is shared by many parties, including the Freedom Party.”

“The Austrian government is made up of two parties – the Austrian People’s Party (ÖVP) and the Freedom Party of Austria – and it is the government’s position that Israel is a Jewish state, and that Austria recognizes Israel’s security interests, as well as [Austria’s] responsibility for the Holocaust and its commemoration,” Ambassador Weiss stated.

Representatives of the Jewish community in Austria offered the committee a presentation connecting FPO to anti-Semitic acts, and urged the Israeli government not to forge relations with the party.

Committee Chairman MK Avi Dichter (Likud) said the committee would revisit the issue after the Knesset’s spring recess and would monitor the progress in the talks between the Foreign Ministry and Chancellor Kurz.

“This issue is not only the Foreign Ministry’s problem,” Dichter said. “It is a national issue of great significance.” 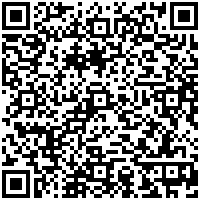