The autobiography of Luis de Carvajal (1537–1591), who served as governor of the Spanish province of Nuevo León in present-day Mexico, which is considered the oldest document written by a Jew in the New World, will be returned to Mexico, having disappeared in the 1930s.

In addition to his political career, Luis de Carvajal y de la Cueva was probably a slave trader, and the first Spanish person to cross the lower Rio Grande into Texas from Mexico. The son of descendants of Jewish conversos (converts to Catholicism), Carvajal was arrested in 1588 and charged with concealing that his relatives secretly practiced their Jewish faith. He denounced about 120 of them to the court, and was sentenced to exile, but died in jail before his sentence was carried out. Another version has him burned at the stake in 1596.


Carvajal’s manuscript, “Memorias,” includes his memoirs, a book of psalms, the commandments, and a collection of prayers, according to the Mexicans consulate in New York, which said the work had disappeared from Mexico’s national archives more than 75 years ago. The manuscript resurfaced in London and New York in 2015 and 2016 auctions, and was later lent to the New York Historical Society by the Mexican government. It will be returned to Mexico’s Museum of Memory and Tolerance on March 12.

According to Lúcia Helena Costigan, her book Through Cracks in the Wall: Modern Inquisitions and New Christian Letrados, Memorias was written “with the apparent purpose of documenting [Carvajal’s] suffering and persecution by the Mexican Inquisition.” As such, it can be seen as “one of the first examples of collective narrative or a kind of ‘testimonio’ produced in the Americas. 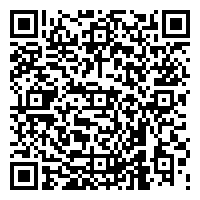