Rabbi Shlomo Bekhor, a Chabad emissary in Milan, is praying for the recovery of a neo-Nazi and anti-vax conspiracy theorist Maurizio Buratti, Jewish News reported on Friday. The sick puppy in question is a local celebrity on a Milan radio talk show, which he called from the supermarket on Dec. 13 to report he was running a 100.4-degree fever and not wearing a mask.

Buratti has been a frequent and provocative caller on shock jock Giuseppe Cruciani’s show La Zanzara (Italian for The Mosquito), which he co-hosts with Jewish journalist David Parenzo. Buratti has been calling their show live to launch his provocations, ranting against Jews, but most recently against the Covid vaccine.

Cruciani broadcast Buratti’s announcement, and then followed up with a report that Buratti had been hospitalized in intensive care at the Borgo Trento hospital in Verona after his condition had worsened. He was earlier diagnosed with bilateral pneumonia due to Covid, but despite his constantly worsening condition, refused to be hospitalized. Cruciani convinced him to go to the emergency room. “I convinced him, after two days on the phone,” the radio host told his listeners, adding that his loudest call-in is on a respirator and his oxygen saturation level is very low.

Enter Rabbi Bekhor, who runs Mamash Publishing in Milan. He is also a frequent La Zanzara caller, and last Friday, co-host Parenzo asked him if would say a prayer for Buratti.

Rabbi Bekhor responded: “He is a bit extreme – very right-wing and a bit antisemitic as well as being anti-vax.” But he added, “We as Jews pray for everyone. We give them respect because mercy is one of the three pillars of Judaism. And antisemitism comes from stupidity and ignorance. We pray so that hatred will be nullified.”

It probably sounds better in Italian. 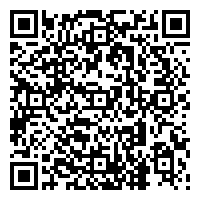