Iran has raised its annual support for Lebanese terror organization Hezbollah to more than $700 million a year, according to US Treasury under-secretary for terrorism and financial intelligence and the Acting United States Deputy Secretary of the Treasury, Israeli Born Sigal Mandelker.

Mandelker told a gathering of the Foundation for Defence of Democracies (FDD) in Washington on Tuesday that “Iran provides upwards of $700 million a year to Hezbollah,” and that this figure is more than three times the $200 million previous US estimates of Iran’s funding for the group—which is officially classified as a terrorist organization by most Western countries.

Mandelker said Iran is using shell and front companies, and forging documents to hide its tracks as it continues to “fund terrorists, support weapons of mass destruction proliferation or exploit its own people through corruption and human rights abuses.”

Mandelker, a former DOJ prosecutor, said Iran’s central bank was also directly involved in funding Iranian terrorist groups, noting: “What is all the more remarkable about this activity is that we are seeing Central Bank of Iran complicity in Quds force financing.”

The Quds Force is a 15,000-strong, special forces unit of Iran’s Revolutionary Guards responsible for operations beyond Iran’s borders. The Quds Force reports directly to the Supreme Leader of Iran, Ali Khamenei. In 2007, The US designated the Quds Force a supporter of terrorism.

“Iran’s central bank governor, other Central Bank of Iran officials and the Quds force team up to take advantage of Iraq’s banking sector in order to surreptitiously move funds on behalf of Quds and Hezbollah,” she said, adding that in Yemen, Quds printed “counterfeit Yemeni bank notes, potentially worth hundreds of millions of dollars, to support Iran’s destabilizing activities.”

Mandelker reported on UAE-US efforts against Iran’s funding efforts: “We took action with our partners in the UAE to designate this network and shut it down” she said. “The UAE also sent a very strong message that these exchanges and the Quds force are not welcome there, designating individuals and entities involved in this network and cutting their access to the UAE’s financial system.” 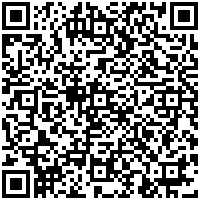