Israel’s Tourism Ministry began a new initiative Tuesday aimed at encouraging European visitors to the south of the country.

Last month saw another spike in visitors to the country, with a 28 percent increase in tourism to Israel for February 2018 over 2017, with 299,400 entries recorded by the Central Bureau of Statistics. Revenue from tourism in February reached some $440 million. Since January 1, about 556,000 tourist entries were recorded, which is a 25 percent increase over last year, injecting a total of $817 million into the economy.


At present, just five percent of all incoming tourists to the country visit the Negev. The NIS three million campaign will be used to improve the tourism infrastructure in the south, in hopes of bringing those numbers up to 20 percent within the next three years.

The two-week-long social media competition, entitled #PopUpOasis, ends on March 22 and will provide each of five winners with a four-night, three-day-long vacation in the Negev in late April, complete with airfare and accommodations.

The vacation includes a free night of “Glamping” – “glamorous camping” – in a special *PopUpOasis built inside the Ramon Crater, where winners will be treated to “desert-inspired” gourmet meals, site-specific sports and local leisure activities. Also on the itinerary will be hiking, biking and rappelling in the Crater as well as visits to the Timna Valley Park, Kibbutz Ketura in the Arava, Ein Avdat and Sde Boker.

The contest is taking place in Finland, Sweden, Germany, Poland and Spain with the target tourist population being millennial independent travelers seeking that “off-the-beaten-path experience.”

In order to enter, competitors are asked to comment on and share a Facebook post by the Tourism Ministry, and write why they deserve to win. Winning entries will be chosen based on shared content and how it performed on social media. 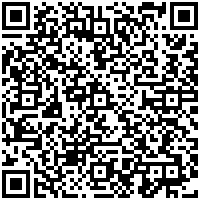