The Ukraine Ministry of Internal Affairs announced Monday that the government of Ukraine has barred all hasidim and Orthodox Jews from making the annual pilgrimage to the Tomb of Rebbe Nachman of Uman, founder of the Breslov hassidic sect and a great-grandson of the Baal Shem Tov, during the upcoming Rosh Hashanah holiday.

Tens of thousands of Jews stream to the tomb each year to pray and observe the high holy day period between Rosh Hashana and Yom Kippur. The Ukraine government earlier this summer had previously banned the pilgrimage to the site solely by the faithful from Israel, citing the fear of contagion from COVID-19 due to the high numbers of the virus in the Jewish State.

“We respect the national traditions of different peoples and religious communities and every year we do our best to ensure that they comply with the highest standards of security,” Ukraine Interior Minister Arsen Avakov said Tuesday in a statement.

“However, in recent weeks Ukraine has seen an increase in outbreaks of coronavirus among the population. The epidemiological situation in the country and in the world does not permit one to organize and hold mass events, especially with the participation of foreigners.”

Avakov added that religious processions slated to be held shortly by his own nation’s Ukraine Orthodox Church, and that of the Orthodox Church of the Moscow Patriarchate, also were canceled for the same reason, and thus hoped for understanding “from the representatives of the hasidic religious community.”

Israel’s Health Minister, Yuli Edelstein, supported Avakov’s position and had said from the outset he was opposed to the pilgrimage this year, expressing the view it would have led to a tragedy through mass contagion of the coronavirus. 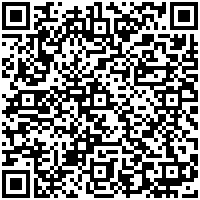