At a farewell ceremony at the Ministry of Defense on Wednesday, outgoing Defense Minister Benny Gantz told reporters Israel doesn’t have the production capabilities to provide Ukraine with long-sought air defense systems such as the Iron Dome.

“It is clear that even if it decided that we change our policy, it is impossible to empty our supply of air defense systems,” Gantz said. “We are checking every day what can be done and how we can expand our aid, but we must not forget that NATO stands behind Ukraine.”

Israel has restricted its assistance for Ukraine to humanitarian aid, despite Ukrainian President Volodymyr Zelensky’s vocal efforts to acquire various Israeli air defense systems such as the Iron Beam, David’s Sling and Arrow.

Israeli-Russian understandings regarding Israeli Air Force activity in Syrian skies have been strained by Israel’s support for Ukraine. Officials in Jerusalem have also expressed concern that Israeli systems sent to Ukraine could fall into Iranian hands.

Iran has confirmed sending aerial “suicide drones” to Russia, and has also been accused of sending Islamic Revolutionary Guards Corps personnel to train Russian forces in Crimea. The IRGC is on the US State Department’s Foreign Terrorist Organization list.

Prime Minister Designate Benjamin Netanyahu has previously said he would “look into” sending arms to Ukraine. 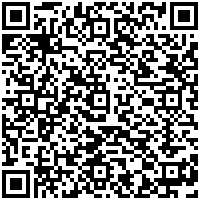