According to Social Services Ministry data, half of the Ukrainian refugees who came to Israel since Russia’s invasion of their country in February have left.

Additionally, figures reported by Haaretz report that 12,788 Ukrainians have registered for humanitarian aid, including placement in the educational system, access to mental-health services, financial assistance for food purchases and medical care.


Another 4,200 Ukrainians who fled the conflict have been granted Israeli citizenship under the Law of Return, and are under the jurisdiction of the Aliyah and Integration Ministry.

The information comes from the Social Services Ministry’s emergency administration, which was established in collaboration with the American Jewish Joint Distribution Committee (JDC) and Magen David Adom to assist Ukrainian refugees. 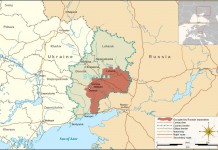 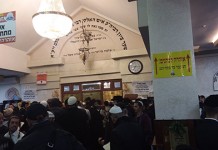