“Vladislav gave his life in defense of his people. He fought heroically from the very beginning of the [Russian] invasion,” the reports cited Rabbi Moshe Azman, the chief rabbi of Ukraine, as saying.

“I send my condolences to his family, and pray together with all the Jews of Ukraine for the recovery of the wounded and an end to the bloodshed,” he continued.

Azman called on world powers to increase efforts towards achieving a ceasefire.

Israel has shied away from arming Kyiv over fears of upsetting Moscow, the leading player in Syria, where the IDF has in recent years carried out hundreds of aerial strikes aimed at curbing Iran’s military entrenchment and the transfer of weaponry to Hezbollah there and in Lebanon.

“Our policy vis-à-vis Ukraine will not change—we will continue to support and stand with the West, we will not provide weapon systems,” said Israeli Defense Minister Benny Gantz in October.

“We have asked the Ukrainians to share information regarding their needs, and offered to assist in developing a life-saving early-warning system,” he added, likely referring to a version of the IDF Home Front Command’s area-specific Color Red system.

“Israel supports and stands with Ukraine, NATO and the West; this is something we have said in the past and repeat today. Israel has a policy of supporting Ukraine via humanitarian aid and the delivery of life-saving defensive equipment,” said Gantz. 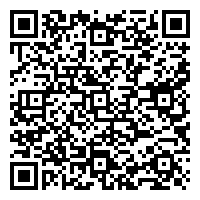