The Jewish Community Center of Rockland County, N.Y. initiated the petition. The Jewish Federations of North America is asking communities to support the petition, which is attempting to gather 1 million signatures. So far a little more than 6,500 have signed.


Written by Ankie Spitzer, the wife of Andrei Spitzer, who was killed at the Munich Olympics, the petition reads:

“I am asking for one minute of silence for the memory of the eleven Israeli athletes, coaches and referees murdered at the 1972 summer Olympics in Munich. Just one minute — at the 2012 London Summer Olympics and at every Olympic Game, to promote peace.”

“The Jewish Community Center movement is deeply involved in an effort to create a worldwide viral response to a wrong that has not been addressed since 1972,” JCC  Association President and CEO Allan Finkelstein told JTA. He added, “Let us finally get the Munich 11 acknowledgement and respect they deserve from the international sports community.”

The JCC Association has recognized the Munich 11 during every Maccabiah Games since 1995.

In an official letter to the IOC, Israeli Deputy Minister of Foreign Affairs Danny Ayalon also asked that the London 2012 Olympic Games begin with a minute of silence in memory of the murdered Israeli athletes.

Ayalon stressed that past events in the history of the Olympic Games, good as well as bad, should be commemorated in a fitting manner.

Ayalon said that the Olympic Games are based on the principles of equality and brotherhood and added, “We must remain vigilant against acts of hate and intolerance that stand in contrast to the ideals of the international Olympics.”

Ayalon gave a copy of the letter to Ankie Spitzer and Ilana Romano, the widows of two of the murdered athletes, and expressed his support of a petition they initiated calling for the minute of silence. 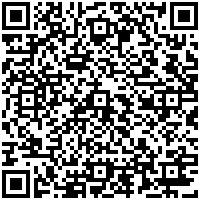