The event followed his meeting at the Kremlin with President Vladimir Putin. As with his earlier visit Netanyahu spoke briefly about his leadership credentials, this being an electoral period and one in which he faces possible indictment at home to boot.

“As part of my visit here today, we are very happy to meet with you. I am very happy and proud that I have been able to lead the State of Israel and – of course – to represent many among the people of Israel vis-à-vis a new network of relations such as this,” he said.

“The Russian-speaking public, over one million people, has changed the country and, together with the Jewish community here in Russia and Moscow, constitutes a living bridge between these two peoples.

“It is no small thing that the State of Israel has such good ties with one of the strongest powers in the world. But we are not concerned just for ourselves. We are concerned for Jews everywhere,” Netanyahu said.

“We know, of course, that we need to struggle together against displays of antisemitism,” he said — but was careful not to offer even a hint of a suggestion that anti-Semitism exists in Russia. “Yesterday I spoke with the Chief Rabbi of Buenos Aires. We see what is happening in parts of Europe and in North America as well. There is one answer to anti-Semitism – first of all, a strong State of Israel.”

Among those attending the event were Russian Jewish Congress Chairman Yuri Kanner, Federation of Jewish Communities of Russia and Director of the Jewish Museum and Tolerance Center Alexander Boroda, plus Moscow Chief Rabbi Pinchas Goldschmidt. 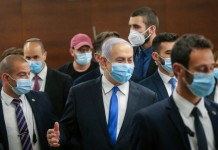 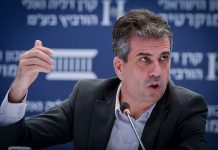 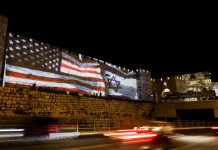