“In the Jewish Museum and Tolerance Center, Vladimir Putin and Benjamin Netanyahu will together take part in events on the occasion of International Holocaust Remembrance Day and an anniversary of Leningrad’s full liberation from the Nazi siege,” the Kremlin’s press service said in a statement.


Later in the day, a stone of a memorial to those who took part in the Resistance movement in Nazi concentration camps will be laid in the museum. According to Alexander Boroda, the museum’s Director General and President of the Federation of Jewish Communities of Russia, the stone was brought from the site of the execution of Jews in western Russia’s Smolensk Region.

“We have brought a symbolic stone from the place of execution of Jews in the area close to Lyubavichi, in the Smolensk Region. That will be a symbolic cornerstone for the future monument we plan to announce,” Boroda said, revealing that the museum will offer a tender for the monument’s design, with technical specifications sent to applying sculptors, and a panel of judges choosing the finalist.

According to Boroda, an exhibition dedicated to the history of the 1943 Sobibor death camp uprising opens on Monday as well at the museum. “The history of Sobibor is unique, this uprising made it possible to save hundreds of people. A lot has been done to perpetuate the memory of this uprising. But that’s not enough, and we deemed it necessary to make an exposition dedicated to this event,” he stressed. 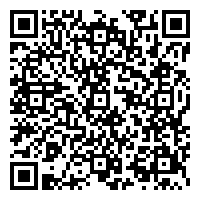