Sometimes sad stories do have happy endings – and if a report in Russian-language media this Thursday turns out to be true, Israelis will be sharing the joy of Naama Issachar’s family sometime next week.

Informed sources in government agencies in the Russian Federation allegedly told the Kommersant publication that Issachar, who was convicted of smuggling and possession of drugs by a Moscow court, “may be pardoned on the eve of the visit of Russian President Vladimir Putin to Israel.”

The Russian-language publication said in an article published Thursday that the sources also expressed “regret and irritation” that Israel did not meet Russia’s requests not to extradite Alexei Burkov, a convicted hacker who was detained at Ben Gurion International Airport in Tel Aviv in 2015. Burkov, who is accused by the US of fraud, conspiracy, identity theft and money laundering, was extradited to the United States at Washington’s request due to a legal treaty between the two nations.

The sources who spoke with Kommersant “do not exclude the possibility that Naama Issashar will be pardoned for humanitarian reasons,” the publication wrote.

In its own readout of the conversation between Netanyahu and Putin, the Kremlin did not mention Issachar at all.

““A number of topical issues of Russian-Israeli cooperation were examined in the light of the visit of the head of state to Israel this month to participate in commemorative events dedicated to the 75th anniversary of the liberation of the Auschwitz concentration camp and Holocaust Remembrance Day,” the statement from the Kremlin said.

Prime Minister Benjamin Netanyahu spoke by phone on Thursday with Russian President Vladimir Putin about regional developments, and also regarding the young woman, who was convicted in a Moscow court last April of smuggling and possession of drugs after she was found with hash in her bags while transiting through an airport in Moscow on the way from India to Israel.

Issachar was sentenced in October 2019 to 7.5 years in prison in a general penal colony; her appeals of the sentence were rejected in December 2019 and the young woman was taken through a series of detention areas back and forth, while her lawyer and her mother fought Russian authorities on her behalf.

Prime Minister Netanyahu and President Reuven Rivlin both wrote letters to President Vladimir Putin, requesting a pardon for her as well.

Netanyahu spoke with Putin about Issachar a number of times, in fact, most recently Thursday morning during a conversation between the two men in preparation for next week’s World Holocaust Conference marking 75 years since the liberation of the Auschwitz-Birkenau death camps. Putin will be attending the events in Israel, along with dozens of other dignitaries. 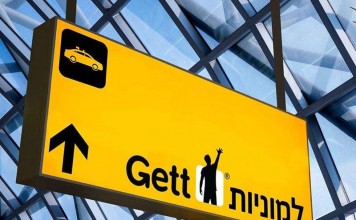