Among the global leaders who attended this week’s Fifth World Holocaust Forum held in Jerusalem, Russian President Vladimir Putin was clearly the shining star who led the multitude.

The Russian president, who arrived on Thursday, had a back-to-back packed schedule that began with dedicating a spectacular new monument in the Israeli capital in memory of those who were killed during the siege of Leningrad during World War II, together with Prime Minister Benjamin Netanyahu.


A Perpetual Flame
The dedication ceremony, which took place in Jerusalem’s Sacher Park, was also attended by President Reuven Rivlin, the Mayor of Jerusalem, the Russian Foreign Minister, the Governor of St. Petersburg, ministers, deputy ministers, ambassadors and hundreds of additional guests who came specifically for the ceremony from Russia and other countries. Around 70 veterans and heroes of the siege of Leningrad, currently living in Israel, were also invited.

A team of artists from Israel and Russia, architect Udi Kasif, sculptor Adam Peretz, architect Anatoly Wlada Chernov and Ladislav Manchinski collaborated on building the monument, from its artistic conception through its completion.

The monument is 8.5 meters tall, and is made of copper and cast bronze to represent the flame of the candle. The movement of the flame finds expression in the form of a lit spiral at night to create the special effect of a perpetual flame.

The Russian leader’s schedule had just begun with the monument. Putin followed with an address at the World Holocaust Forum ceremonies, during which he proposed holding a summit this year (2020) between Russia, the United States, China, France and Britain, at which leaders would discuss global problems.

‘Everything Will Be Alright’
Putin also met separately with his Israeli counterpart, President Rivlin, as well as with Prime Minister Netanyahu and his wife Sarah at their official residences in the Israeli capital. During Netanyahu’s meeting with the Russian leader, the two men discussed a number of issues, including the current status of the young Israeli backpacker who still remains in custody in Russia.

Following their meeting, Netanyahu told reporters, “We have just concluded an excellent working meeting between President Putin and myself. At its conclusion, President Putin asked to bring in Yaffa, Naama Issachar’s mother. This was a very moving meeting. I am very grateful to you for this gesture, my friend the President.”

In response, Putin said in a statement, “Honored colleagues, friends. I just met with Naama’s mother. It is clear that Naama comes from a very good family. The Prime Minister’s position is known to me – to decide appropriately. All of this will be taken into account when a decision is made.

“Today, Naama will meet with the person responsible for maintaining human rights in Russia. Her mother was very moving and supports her daughter. I said to her and I will say it again – everything will be alright.”

Honored With ‘Friends of Zion’ Award
The Russian leader is also to receive the highly acclaimed Friends of Zion Award on behalf of the Republic of Russia for having saved scores of Jews during World War II.

The honor, bestowed by the Friends of Zion Heritage Center, has been awarded to just nine world leaders thus far, including US President Donald Trump and former President George W. Bush.

“FOZ is also building an exhibition in honor of President Trump for all he has done to support the State of Israel and combat antisemitism.” 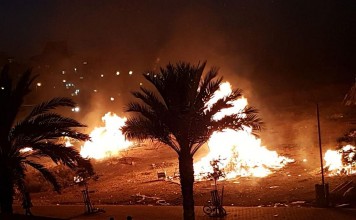 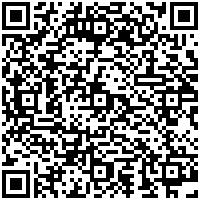