In the wake of a late-night board meeting, TEVA Pharmaceuticals Industries Ltd. Is poised to slash approximately 50 percent of its work force and relocate most of its Israeli operations.

Entire sites will either be shut down or sold, and remaining sites will be drastically reduced, according to a report published by CTech.


A source who spoke on condition of anonymity told the business site that 3,300 of the 6,430 jobs in TEVA are to be cut.

The global headquarters in Petah Tikva will lose 45 percent of its employees, with entire units being terminated at the site, which employs nearly 1500.

The company’s research and development center in Netanya is to immediately cease all pre-clinical trials. The nearly 350 employees at the coastal facility are all among those to be laid off in the near future.

The TEVA factory in Kiryat Shmona – a profitable enterprise – is set to be sold.

Employees at the southern Israeli facility in Ne’ot Hovav, however, won’t be as fortunate; most of the 1,200 jobs at the site where active pharmaceutical ingredients have been manufactured are being chopped.

Chief scientific officer Michael Hayden, head of research and development for generic and specialty businesses, was among several senior executives who left the company.

But it’s not just in Israel that cutbacks are taking place in the pharmaceutical giant.

A total of 10,000 of the company’s total 56,000 employees are projected to lose their jobs worldwide.

Five regional divisions are shrinking to three: North America, Europe and growth markets. One person will now manage both generic and specialty medicine, rather than having a regional manager for each.

TEVA has faced a heavy burden of short and long-term debt of approximately $35 billion at a time that patent expirations and a rise in generics have meant diminishing revenues.

TEVA’s new CEO Kåre Schultz is moving ahead with his reorganization strategy, keeping the primary focus on generic medicines, which it is hoped will save the firm up to $2 billion.

The two brand medications to be saved for special emphasis, for now, are Astedo – recently approved by the FDA and used to treat dyskinesia — and the newly-developed migraine medication fremanezumab, submitted last month to the FDA. 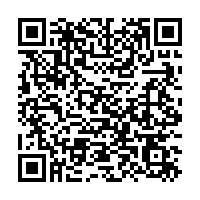