Naomi Wimborne-Idrissi, the founder of the obscure group Jewish Voice for Labour (JVL) that rejects the International Holocaust Remembrance Alliance’s Working Definition of Antisemitism (that includes anti-Zionism), has been appointed to Labour’s National Executive Committee (NEC). On December 4, 2017, Wimborne-Idrissi was suspended from the party for her conduct during an online constituency meeting.

In 2018, Wimborne-Idrissi wrote that one of JVL’s roles “is to clarify the distinction between Jew, Israeli and Zionist so that people are less likely to fall into antisemitic generalization when talking about Israel’s role in Palestine.” She also sought to offer “an alternative to the Jewish Labour Movement (JLM)’s pro-Israel agenda,” stressing that the JLM does not have “the right to speak as the Jewish Labour Movement on behalf of all Jews in the Labour party.”

JVL’s Co-Chairs Jenny Manson and Leah Levane argued that “the JLM cannot represent all Jewish members of the Labour Party when it is committed ‘to promote the centrality of Israel in Jewish life’ as well as the wider Jerusalem Program of the World Zionist Organization.”

The Daily Mail put it best on Sunday: “The far-Left activist has sparked fury over her belief that claims of antisemitism are ‘misused’ to direct hatred at Palestinians, and her attempts to downplay the plight of Jewish MPs targeted by trolls.”

The Board of Deputies of British Jews and the Community Security Trust (CST) issued the following joint statement in response:

MP Dame Margaret Hodge, representing Barking since 1994, who back in July 2019 called for a new and entirely independent system to handle antisemitism disciplinary proceedings in the Labour party after, as she put it, political interference had corrupted the current system, and in September 2019 declared “I’m not going to give up until Jeremy Corbyn ceases to be the leader of the Labour Party,” was disappointed:

This is a disappointing result, especially for Jewish Labour members & the Jewish community. But @Keir_Starmer has worked tirelessly to rid our party of antisemitism. I have complete faith that he & the party will not let this set us back. This journey was always going to be hard https://t.co/G3QSuWJuhQ

This user uploaded a video of Naomi Wimborne-Idrissi and her hateful fellows hurling abuse at Labour councilors in Haringey as they took action on antisemitism by adopting the IHRA definition of antisemitism, adding sadly: “This is what many in Labour have just voted for in the NEC elections.”

Naomi Wimborne-Idrissi and her hateful fellows hurling abuse at Labour councillors in Haringey as they took action on antisemitism by adopting the IHRA definition of the oldest hatred.

This is what many in Labour have just voted for in the NEC elections. pic.twitter.com/CLeelXJpe4

Wimborne-Idrissi came last among nine candidates who were elected, with 4,686 first preference votes from the membership. However, candidates who support Labour leader Sir Keir Starmer increased their majority on the 39-member ruling body. 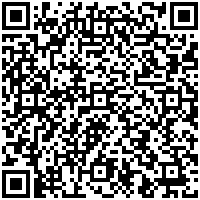