The death toll and number of injured continued to rise Wednesday night after a horrific terrorist attack in central London left at least one British police officer dead. The lone terrorist who had repeatedly stabbed the officer was shot and killed. Three other people also died after being rammed by the terrorist’s car.

The stabbed policeman was identified as 48-year-old Pc Keith Palmer.


“This is the day we planned for, but we hoped would never happen,” said Scotland Yard Assistant Commissioner Mark Rowley in a briefing with journalists in London.

Rowley confirmed a “knife-wielding lone terrorist” carried out a car ramming and stabbing attack that took place at around 2:40 pm on the anniversary of the 2016 Islamic State (ISIS/Da’esh) terror attack in Brussels. “You will see more police armed and unarmed on the streets of London,” he said.

“A sick and depraved terrorist attack,” Prime Minister Theresa May called it, adding that Britain “will never give in to terror.”

The attacker had leaped out of his car with two eight-inch-long kitchen knife in the Old Palace Yard in a wild attempt to enter the Houses of Parliament after have rammed his way through crowds on the sidewalks on the Westminster Bridge and outside the Parliament complex. He stabbed three police officers before he was shot; he was treated at the scene by medics performing CPR and then taken in an ambulance to nearby St. Thomas Hospital.

A woman was pulled alive from the River Thames, albeit with hypothermia, after having been hit on Westminster Bridge.

A total of 40 people were injured in the attack according to Scotland Yard, including 10 who were critically injured, according to sources quoted by Sky News.

Prime Minister Theresa May was immediately evacuated from the building and lawmakers, staff and visitors were placed on lock-down.

A high alert was declared around the Palace of Westminster, the Houses of Parliament, and Number 10 Downing.

The prime minister is slated to hold a COBRA meeting in the evening, British officials said.

“Our hearts go out to those affected. We stand ready to assist in any way the UK authorities would find helpful. The safety and security of U.S. citizens overseas is one of our highest priorities.” Toner also said the embassy in London is monitoring the situation.

“We stand ready to provide all possible consular assistance should we become aware of any affected U.S. citizens. We urge U.S. citizens in London to contact family members and loved ones to notify them that you are safe, to avoid the area and monitor local news.” 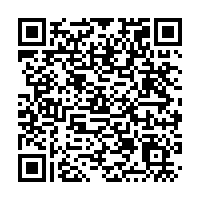