Nearly 350 British Jews have died after contracting the novel coronavirus.

United Synagogue head of burial Melvyn Hartog said gravediggers were digging a “new grave every half hour.” The US Burial Society, which normally conducts two to four funerals per day, has recently been burying up to 13-14 people a day.

Among those who died in London were Rabbi Stanley Michaels, who led services and a popular bar mitzvah breakfast club at Mill Hill Synagogue, and Jonathan Benjamin, who was a co-founder of Limmud, a popular adult education organization.

Manchester Misaskim committee member Michael Bamberger told The Jewish Press, “On Chol HaMoed Pesach, we were doing up to 10 funerals a day. A conservative estimate is that there have been way over 50 Jewish deaths in Manchester. During the last month, there have been at least 10 times the amount we normally have at this time of the year. Most of these deaths were corona-related.”

He added, “Before Pesach, we had around 50 people sitting shiva. Immediately after Pesach, we took out another 50 chairs for people mourning those who had died on Yom Tov…. This is a shocking number that we have never had before.”

Due to the lockdown, family members often have to sit shiva separately, which means the chairs had to go to about 24 different addresses.

Police were called to a wedding last week at a house in London’s Golders Green that violated social distancing rules.

After complaints from neighbors, police arrived at the home of Rabbi Doniel Kleiman, who maintained there were only 10 guests at the ceremony, all of whom lived in the house. Video footage later showed 40 guests. One person was fined.

The father of the bride subsequently stood down from his position as chair of Hackney Metropolitan Police Independent Advisory Group.

Britain’s oldest Jewish newspaper, the Jewish Chronicle, has been rescued from liquidation by a consortium led by Sir Robbie Gibb, former director of communications for the government.

Mystery surrounds the funders of the £2.5m bid for the near 180-year-old Jewish newspaper. A statement from the consortium states that the donors “are entitled to their privacy and have no say in editorial policy.”

Stephen Pollard, who was due to have stepped down under a rival bid, will remain as editor.

* Hatzola access permits to the Royal London Hospital were temporarily revoked after two men dressed as the emergency volunteers were caught on CCTV, rifling through a secure stockroom and calling a senior doctor over Pesach.

* A 47-year-old man was arrested in Manchester’s Orthodox area on Shabbat after he tried to abduct an 18-year-old girl.

The teenager was walking with a friend along Park Lane, Salford, when a car pulled up alongside her and the driver tried to drag her into the vehicle. Fortunately, the girl managed to alert passersby and the man fled. He was swiftly caught by police. 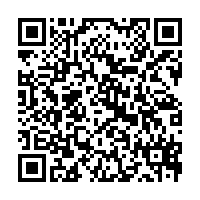