According to a new book about Jeremy Corbyn, the former Labour leader did not sympathize with Jews over anti-Semitism directed at them because they are “relatively prosperous.”

Corbyn’s advisor Andrew Murray was quoted as saying in Left Out: The Inside Story of Labour Under Corbyn by Gabriel Pogrund and Patrick Maguire, that Corbyn “would have had massive empathy with the Jewish community in Britain in the 1930s and he would have been there at Cable Street, there’s no question. But, of course, the Jewish community today is relatively prosperous.”


According to the book, Corbyn also rejected a host of suggestions put forward by his chief of staff Karie Murphy that would help mend ties with the Jewish community. His “kitchen cabinet,” who advised him on the issue, also felt that Jewish communal organizations, like the Board of Deputies, demanding that Labour accept the IHRA definition of anti-Semitism were “firmly of the right.”

Entire Board Of Muslim Charity Resigns

The entire board of the British-based Islamic Relief Worldwide resigned after two of its directors were found to have made anti-Jewish remarks.

Last month, Heshmat Khalifa resigned as director after The Times revealed that he had, among other things, described Israelis as the “grandchildren of monkeys and pigs.” And last weekend The Times discovered that his successor, Dr. Almoutaz Tayara, described Hamas leaders as “great men” and glorified terrorist attacks against Israel.

Board of Deputies president Marie van der Zyl said, “We are extremely disturbed at reports that yet another director of Islamic World Relief has been found to have shared anti-Semitic material online. Once is disgraceful. Twice speaks to a deep-seated problem and it is significant that the whole Board of Trustees has now resigned. We hope the [government’s] Charity Commission will investigate and that those associated with the organization will engage in some serious soul-searching.”

The Charity Commission has been investigating the organization for the last month and has requested an urgent meeting with the new board.

A Liverpool councillor with a history of defending far left individuals accused of being anti-Semitic has been suspended from the Labour Party.

Sam Gorst has also in the past described former Jewish Labour MP Luciana Berger as a “hideous traitor” for fighting against anti-Semitism in the party and labeled Jewish former Dame Louise Ellman a “disgrace” for quitting the party over anti-Semitism in its ranks.

Ellman told The Jewish Press, “The suspension is very encouraging. It shows the Labour Party is starting to take anti-Semitism seriously.”

Police were called twice last week to a Salford wedding that violated the government’s coronavirus regulations.

A guest who watched the wedding on Zoom told The Jewish Press, “There must have been around 70 people present when only 30 were allowed. Virtually no attempts were made at social distancing. I had been told that the chuppah would take place outside, but it was an indoor chuppah, which is more of a corona risk.”

Greater Manchester Police said, “Police were called…to reports of a potential breach of Covid-19 regulations. Officers attended and, in line with procedure, engaged with the individuals, explaining the restrictions and encouraging them to be compliant.

“Later that day…officers were called back…. Officers attended and participants were dispersed.”

His death comes after two weeks in which no coronavirus deaths were recorded in the UK Jewish community. 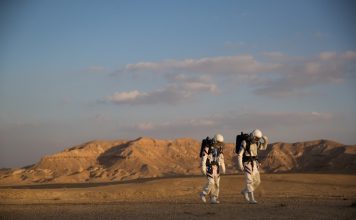