Eight radical Shea Muslims were arrested on suspicion of trespassing and criminal damage after storming the Azerbaijan Embassy in central London last week, replacing the Azerbaijani flag with their own. The men belonged to the Mahdi Servants Union, a Shia Muslim group headed by the cleric Yasser Al Habib.

It should be noted that 85% of Azerbaijan’s population are Shia Muslims, and the Republic of Azerbaijan has the second-highest proportion of Shia Muslims of any country in the world, second only to Iran.


Al-Habib started his religious activities in Kuwait as a member of the Dawah Party and later expressed critical opinions that angered mainstream Sunnis in Kuwait and other Sunni countries, leading to his arrest. He was pardoned in 2004 by the Emir of Kuwait, but prosecutors ordered his arrest only days later, and Al-Habib fled Kuwait before being sentenced in absentia to 10 years in jail. He hid in Iraq and Iran before gaining asylum in the UK where he currently lives.

It may be time for this Shia cleric to seek new shelter.

According to the Azerbaijani Foreign Ministry, “Entering the building of the embassy, the members of the vandalism group raised religious flags and shouted radical religious slogans on the balcony of the building. After the intervention of the local police, the group members were taken out of the building and detained.”

Dr. Dana Barnett, the head of Israel Academia Monitor and chairman of the board of the Dona Gracia Center for Diplomacy, said: “This is shocking and very sad. I don’t understand why in the name of religion people are turning violent. This is immoral.”

Azerbaijani Jewish activist Esther Ha-Levi concurred: “These people are brainwashed fanatics. This attack happened because Azerbaijan is a secular country that has a good relationship with Israel. It is awful. We are all in shock. These fanatics don’t represent society at large.” 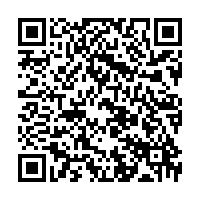