There can be no excuses for anti-Semitism or “unacceptable” calls to boycott Israeli goods, British Prime Minister Theresa May said at a dinner of the United Jewish Israel Appeal in London Monday.

May was referring, at least in part, to Jeremy Corbyn’s Labour Party’s months-long imbroglio over anti-Semitism among its members, which included a clamorous fight over the full or partial adoption of the International Holocaust Remembrance Alliance’s (IHRA) examples of anti-Semitic behavior, which say that equating Zionism with racism is a form of anti-Semitism.

“Let me be clear: you cannot claim to be tackling racism, if you are not tackling anti-Semitism,” the Prime Minister declared.

May said she was “sickened” by reports that UK Jews considered leaving for fear of the growing anti-Semitism there. “I do not believe those voices speak for the vast, overwhelming majority of people in our country,” she said about UK anti-Semites. “I do not believe they speak for the liberal, tolerant democracy where we, together, have made our home. And most importantly, I do not believe that those voices will ever win. Together, we will defeat the scourge of anti-Semitism and hatred in all its forms. And together, we will proudly support Israel as the homeland for the Jewish people.”

May condemned the BDS movement’s campaign to ban the sale of Israeli goods. “There can never be any excuses for boycotts, divestment or sanctions: they are unacceptable and this government will have no truck with those who subscribe to them,” she said.

“Under my leadership the UK will always be a real and trusted partner for Israel, supporting Israel’s security and prosperity, not just through our words but also through our actions,” the PM said. 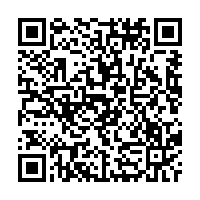