Senior Parliament member Frank Field has resigned his role as Labour whip, citing the party’s leadership’s anti-Semitism as the cause.

Field called the Labour leadership “a force for anti-Semitism in British politics,” according to a report published Thursday by the BBC, which quoted him as blaming a “culture of intolerance, nastiness and intimidation” in local parties.


Field was among a group of Labourites who backed the government in the Brexit votes. He said he will continue as a member of the party, but according to the BBC, intends to sit as an independent Labour MP who will not be subject to the parliamentary party’s disciplinary procedures.

Field wrote in a letter to chief whip Nick Brown, “Britain fought the Second World War to banish these views from our politics, but that superhuman effort and success is now under huge and sustained internal attack.

“The leadership is doing nothing substantive to address this erosion of our core values. It saddens me that we are increasingly seen as a racist party.”

The MP said he intends to remain MP for Birkenhead as an independent Labour MP.

Although Labour Party leader Jeremy Corbyn apologized earlier in the month for hurt caused to Jewish people by anti-Semitism in his party, he has done little in any practical way to deal with the issue, and has done much to further the problem, as has been seen in numerous past writings he has authored. 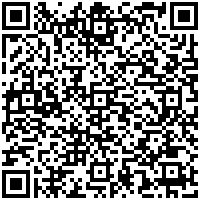