The Israeli police representative in the Case 4000 investigation, a.k.a. the Bezeq-Walla affair, on Thursday announced that the Prime Minister’s wife Sara Netanyahu is suspected of accepting bribes in connection with said affair, Ha’aretz reported.

While questioning Police Superintendent Uri Kanar about the return of assets seized from his client, Elovitch’s defense attorney Jacques Chen received one answer he probably was not anticipating, as the Superintendent stated that Sara Netanyahu was suspected of accepting bribes.


Superintendent Kanar added that there was hard evidence suggesting the Netanyahu couple and Bezeq owners Shaul Elovitch and his wife Iris were all aware of the economic significance of their actions.

“There are people who have not yet been interrogated in the case,” Kanar said, but did not specify whether those were suspects or witnesses. The representative of the State Attorney’s Office, attorney Nitzan Wulkan, explained that the investigation was in advanced stages and that it was being carried out “to our satisfaction.”

It is expected that the police will send its recommendations in this case to the State Prosecutor’s Office within the next six months.

The hearing that took place Thursday at the Tel Aviv Magistrate’s Court dealt with the police request to extend the freezing of assets, bank accounts and other assets of the Elovitch couple for another half a year. Elovitch’s attorney, Jacques Chen, said that the requested extension was disproportionate and asked the police to release some of the property they had seized when Elovitch was arrested.

Chen clarified that Elovitch denied the suspicions against him, and asked the court to allow a reasonable subsistence allowance for the couple, who, according to him, must resort to relying on their friends for their livelihood. Chen said that the police had executed “a sweeping seizure, taking everything from one end to the other, they took everything, which is a severe violation of the right to property—which is a basic right, at a phase when he is still presumed innocent.” 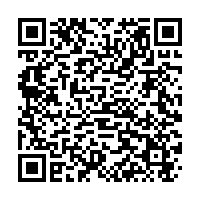