British police forces beefed up patrols late Saturday night in the London neighborhood of Stamford Hill, a section of the capital with a high population of hareidi-religious Jewish families, immediately following a multi-site terror attack in the capital earlier in the evening.

The Shomrim N.E. London civil defense patrol noted the extra police patrols were in place in Stamford Hill following the terror attacks on London Bridge, at Borough Market and in the Vauxhall area.

“Please be vigilant,” the force tweeted.

Three terrorists were shot and killed in the attacks, their identities are not known yet. In the initial attack, a van veered off the road and rammed into pedestrians on the sidewalk on London Bridge while traveling at about 50 mph.

At nearby Borough Market, other terrorists were stabbing people with “long knives” and trying to “smash their way in” to a pub that locked its doors in an effort to keep its patrons safe.

Police reported an incident underway in the Vauxhall area as well, as yet unclear.

Throughout, news outlets reported gunshots, screams, blood and police yelling at people to “get down!” At least six people were reported dead and 20 injured, including a seriously wounded police officer. 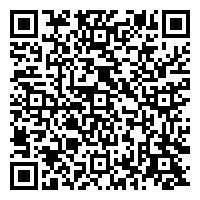