The head of Hamas’ political bureau, Ismail Haniyeh, on Wednesday wrote United Nations General Assembly president, Maria Fernanda Spinosa, complaining about the US and Israel’s “ongoing and miserable efforts to delegitimize the Palestinian resistance to the Israeli occupation.”

Israel’s ambassador to the UN Danny Danon said in response that “Hamas speaks about international law while it fires rockets into civilian populations, holds the bodies of IDF soldiers and Israeli citizens, and uses its own people as human shields. A terrorist organization going to the UN for assistance is like a serial killer asking the police for assistance. Israel and the United States will continue to mobilize the countries of the world into a united front against the terrorism that Hamas engages in on behalf of Iran.”


Hamas, or only its military wing, the Izz ad-Din al-Qassam Brigades, is listed as a terrorist organization by the US, the EU, Germany, the UK, Australia, New Zealand, Canada, and Jordan.

Haniyeh objected to President Donald Trump’s administration’s efforts to cut down the number of UN resolutions on the “Palestinian issue” under the pretext that passing “many biased resolutions against Israel are not helpful.”

Haniyeh complained the US is not only “adopting the Israeli narrative of the conflict,” but also “providing all the necessary material and moral support for the Israeli occupation to continue its aggression against our people and deprive them of their basic rights of freedom, independence and self-determination.”

He stated that Hamas would “greatly count on the members of the UN General Assembly to stand by international legitimacy in support for the right of peoples to defend themselves and thwart these aggressive American endeavors.” He then stressed the need for “hard work to thwart the American efforts to condemn the resistance.” 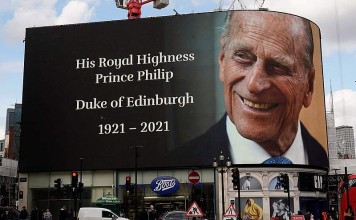