(JNS) Israel’s Strategic Affairs Ministry unveiled a new program Sunday that will essentially grade Israeli businesses according to their contribution to society, as part of an effort to offset potential blacklisting by the United Nations.

The initiative was the brainchild of Strategic Affairs Minister Orit Farkash-HaCohen, who has been fighting against efforts to boycott Israeli companies that operate beyond the Green Line.


A UN blacklist, published in early 2020, is comprised of more than 100 Israeli companies, including large banks and health funds. The United Nations claims that their very presence in Judea and Samaria and eastern Jerusalem is a violation of human rights.

The plan calls for giving budgetary support to companies that engage in sustainability and other environmentally friendly activities, as well as contribute to society in other ways.

In Israel there is no mandatory requirement for companies to engage in such activity, but in Europe and the United States such companies are graded according to this standard in many cases.

“It is important to mitigate the damage done by the UN blacklist, which is designed to bring about divestment from Israel on the scale of hundreds of millions of dollars,” Farkash-Hacohen said in a statement. 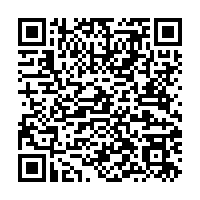