Prime Minister Netanyahu raised the issue of the illegal UN construction and land grab in the Armon Hanatziv neighborhood of Jerusalem, with UN Secretary-General António Guterres on Monday.

Netanyahu told Guterres that the UN should respect the building codes and the law in Israel.


It was agreed between them that Israel and the United Nations will try to arrive at an agreed solution on the issue that will respect the law in Israel.

A lawsuit by the Regavim NGO in March of 2017 claims that in recent years the UN has taken advantage of its immunity by carrying out a series of illegal construction projects in the compound on property which is State owned.

The illegal building projects within the compound include: making structural changes to a historic building from the 1930’s, the illegal construction of a multi-story office building, the building of an illegal storage facility, and the installation of an illegal petrol station for UN personnel usage.

It is also unclear whether the UN received permission to expand its compound significantly from 44.6 dunam to its current 77.5 dunam.

In May of this year, Israeli Minister Miri Regev demanded the UN compound be closed completely, after the anti-Israel UNESCO vote.

Armon Hanatziv (Heb: Governor’s Palace) was built in the 1930s the neighborhood of East Talpiot, Jerusalem, during the 1918-1948 British Mandate, to serve as the residence and office of the British High Commissioner. The compound is located on the summit of Mount Etzel, a.k.a. Jebel Mukaber (Arabic: huge mountain), overlooking the Old City from the southeast.

The State of Israel permits the UN to use the properry for the headquarters of the United Nations Truce Supervision Organization (UNTSO), whose mission is to supervise the ceasefire between Israel and Jordan – both countries having signed a peace treaty back in 1994. 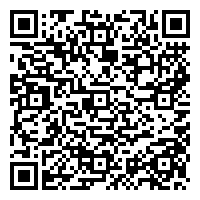