Minister of Culture and Sport Miri Regev is expected to demand during the weekly cabinet meeting on Wednesday removing the UNESCO headquarters, located in the Armon HaNatziv neighborhood of Talpiot in eastern Jerusalem, and returning the UN compound to Israeli sovereignty.

The UNESCO resolution this week denied Jerusalem’s status as Israel’s capital, saying instead that the Jewish State is an occupier of the city.


“After fifty years of our sovereignty over the city there is no longer need for UN observers,” Minister Regev told Channel 2 News Tuesday night. “They received from us the use of the compound in order to supervise the ceasefire agreements following the Six Day War – agreements which are no longer relevant. This saga must end.”

Regev added that over the years the UNESCO headquarters had carried out a systematic expansion and construction on land beyond its original boundaries; she also accused the organization of providing unauthorized office space to the UN Middle East special envoy Nickolay Mladenov.

The Regavim (no relation to the minister) movement, which has petitioned the courts over illegal construction inside the UN compound, issued a statement suggesting Israel’s Independence Day would be the perfect time to remove the anti-Semitic organization from Armon HaNatziv.

“The UN has forgotten its stay in Jerusalem is as guest of the State of Israel, using State property. The minute a guest starts behaving like the landlord, it’s time to find a different tenant,” Regavim stated, noting, “This is what real independence looks like.” 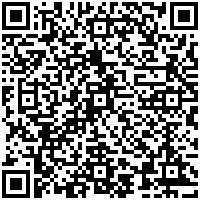