In two landmark decisions, the United Nations Human Rights Committee found that France violated the human rights of two women by fining them for wearing the full-body Islamic veil niqab. This was also one of the rare occasions when Israel was not the target of a UNHRC condemnation.

The UNHRC condemnation text said “the Committee found that the general criminal ban on the wearing of the niqab in public introduced by the French law disproportionately harmed the petitioners’ right to manifest their religious beliefs, and that France had not adequately explained why it was necessary to prohibit this clothing.


“In particular, the Committee was not persuaded by France’s claim that a ban on face covering was necessary and proportionate from a security standpoint or for attaining the goal of ‘living together’ in society. The Committee acknowledged that States could require that individuals show their faces in specific circumstances for identification purposes, but considered that a general ban on the niqab was too sweeping for this purpose.

“The Committee also concluded that the ban, rather than protecting fully veiled women, could have the opposite effect of confining them to their homes, impeding their access to public services and marginalizing them.”

The next step is for France within 180 days to report to the Committee on the action it has taken to implement the Committee’s decision, including compensation of the two petitioners and measures taken to prevent similar violations in the future, including by reviewing the law in question.

All we have to say is, Bienvenue dans notre club… 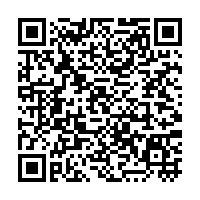