According to the Regavim movement, a leaked internal building tender issued by the United Nations reveals that although the Israeli Government has announced that Prime Minister Netanyahu and Secretary General Guterres agreed that all future UN construction would be conducted according to the principles of Israel’s Planning and Building Code, the UN has begun preparations for a new illegal construction project in the Armon HaNatziv (High Commissioner’s Palace) compound in Jerusalem.

Under British rule (1917 – 1948), Armon HaNetziv served as the headquarters of the British High Commissioner.


On Wednesday, the Jerusalem District Court will hear a petition submitted by Regavim on this matter.

The United Nations Truce Supervision Organization (UNTSO) recently publicized a building tender and a call for bids on a project involving demolition and reconstruction of one of the Armon HaNatziv compound – in violation of the law, and without Jerusalem Municipality building permits.

Earlier, in the context of a preliminary legal action by Regavim, which petitioned the High Court for an injunction on the project, the Israeli Government admitted that the construction was illegal and lacked the required permits. In its response, submitted to the court in September, the Government stated: “The State does not deny its responsibility and its authority in the matter of the Armon HaNatziv compound.”

The State’s response further explained that in light of the UN’s diplomatic immunity, the Foreign Ministry is working toward a resolution of the problem through diplomatic channels, and that “actions on this track will bring about the desired result in the most expeditious and efficient manner.”

The State contended that a court order to halt the construction is uncalled for, because Prime Minister Netanyahu had reached an understanding with UN Secretary General Guterres during the latter’s visit to Israel in late August, that the two sides would make efforts to resolve the issue in the framework of “practical dialogue that will ensure that present and future construction will be carried out in accordance with the interests and objectives that form the basis of the relevant bylaws (namely, Israel’s Planning and Building Code), while respecting the diplomatic immunity of the UN.”

Relying on the State’s declaration, the High Court decided not to issue an injunction, and referred the case back to the Jerusalem District Court.

Except that even as the Government was releasing its statement about a “practical dialogue,” the UN was releasing a call for bids on a construction project involving the demolition of a two-story building located inside the Armon HaNatziv compound, and the construction of a new building in its place – despite the fact that no permits had been issued for either project.

The project tender which had been leaked to Regavim is dated September 13, 2017, was submitted to the Jerusalem District Court on Tuesday, in advance of Wednesday’s hearing, in support of a renewed petition to halt the construction work.

“In complete contradiction to the government’s statement that it would be working in cooperation with the UN to regulate any ongoing and future construction projects at the Armon HaNatziv compound, the UN or those acting on its behalf are apparently continuing to do whatever they please on a site that has historical significance of the first order, and to build illegally, secure in the knowledge that the authorities will take no steps of any kind to stop their illegal activity,” attorneys Avi Segal and Yael Cinamon said in a statement Tuesday.

In addition to the illegal construction work, Regavim says its research indicates that the UN headquarters has commandeered without a permit some 7.5 acres of State-owned land.

In 1967, The State of Israel allotted the UN approximately 10 acres of land to the UN mission in Armon HaNatziv, but over the years the UN has expanded its compound by an additional 7.5 acres. The Regavim petition is asking the court to rule on this violation as well as the illegal construction. 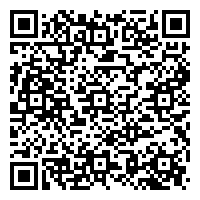