Chief Rabbi of Israel, Rabbi David Lau, met with Rabbi Yehoshua Fass on Tuesday to rectify the situation following the revelation of the inclusion of Rabbi Fass’s name on an unauthorized list released by the Chief Rabbinate earlier this week, which has been dubbed a “blacklist”.

The list included names of Diaspora Rabbis who had at some point submitted letters for Olim confirming their Jewish identity, that had not been accepted by the Rabbinate.


Rabbi Lau explained that he was not aware of the existence of this list and certainly not of its publication, and that it was released without his consent. “I regret that this incident may have called your reputation into question. The Chief Rabbinate recognizes and appreciates you as a Rabbi and all that you have done for the Jewish people.” Chief Rabbi Lau added that he has ordered a thorough investigation into the matter.

Rabbi Fass, who co-founded Nefesh Nefesh, which has assisted over 50,000 Olim to Israel over the past 15 year, said after the meeting: “The Rabbinate should serve as a shining example of unity and connectivity within Judaism and promote its positive values in order to bridge any divides and prevent Sinat Chinam (baseless hatred).”

In addition, Rabbi Fass expressed his sincerest hope that this matter will be resolved immediately, and that a healing process will begin to develop between the Chief Rabbinate and Rabbinic leaders across the world.

What Jewish-free Zones Mean on Campus 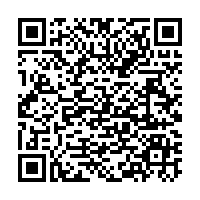