The nation of Rwanda has disavowed its agreement with Israel to accept asylum seekers from Eritrea and Sudan.

Rwanda’s Foreign Minister and Government Spokesperson Louise Mushikiwabo published a lengthy statement on Twitter and in the New Times of Rwanda on Tuesday, disavowing Rwanda’s deal with Israel to accept the illegal migrants.


Israel’s Interior Ministry has reported approximately 40,000 illegal migrants – infiltrators – remain in the country: 27,500 illegal infiltrators from Eritrea and 7,800 from Sudan, according to figures quoted by the United Nations High Commissioner for Refugees (UNHCR).

“In reference to the rumors that have been recently spread in the media, the Government of Rwanda wishes to inform that it has never signed any secret deal with Israel regarding the relocation of African migrants,” reads a statement from Government Spokesperson, Minister Louise Mushikiwabo.

“In these times of global migration crisis, Rwanda wishes to reiterate its firm determination to contribute, as much as possible, to the issue of men, women and children who find themselves on the treacherous road of exile.

“Rwanda’s position on migrants, wherever they may originate from, was informed and shaped by a sentiment of compassion towards African brothers and sisters who are today perishing in high seas, sold on the markets like cattle or expelled from countries in which they sought shelter.

“Rwanda is ready to held in whatever limited way it could, by welcoming anyone arriving at its borders in need of a home, voluntarily and without any constraint.

“In reference to the rumors that have been recently spread in the media, the Government of Rwanda wishes to inform that it has never signed any secret deal with Israel regarding the relocation of African migrants.

“In this regard, Rwanda’s policy vis-a-vis Africans in need of a home, temporary or permanent, within our country’s means, remains “open doors.”

“Rwanda’s policy vis-à-vis Africans in need of a home, temporary or permanent, within our country’s means, remains ‘open doors.’

Israel’s Foreign Ministry declined to comment on the statement.

Rwandan Foreign Affairs Minister Louise Mushikiwabo said in November 2017 that her nation was ready to accept some 10,000 asylum seekers who were then living in Israel, or “a bit more.” At that time, a senior government official confirmed the report to Haaretz, although the agreement had not been made public, according to the Hebrew-language newspaper.

However, by December 2017 Mushikiwabo had already changed her tune, claiming in an interview with Rwanda’s New Times that Rwanda and Israel were “still negotiating” the terms for the agreement.

Barely six months ago, Rwanda’s President Paul Kagame received a warm welcome in Jerusalem from Prime Minister Benjamin Netanyahu and President Reuven Rivlin, with both standing to greet him on the red carpet the day after his arrival for a flash visit to the Jewish State.

“We appreciate what Israel has to offer in these and other fields, and we are very happy to be working with you,” Kagame said at the time. “Trade and investment links have also multiplied. Rwanda is open for business and we look forward to welcoming private sector delegations from Israel even more frequently in the future.”

Both Netanyahu and Kagame will be in Davos, Switzerland this week to attend the 2018 World Economic Forum.

Rwandan Ambassador to Switzerland Dr. Francois Ngarambe was elected this month, however, to serve as Vice President of the United Nations Human Rights Council, a body generally dedicated to the persecution of Israel.  Ngarambe also serves as Rwanda’s Permanent Representative to the UN World Trade Organization and other international bodies with headquarters in Geneva.

Rwanda’s membership to the Human Rights Council will end on December 31, 2018. 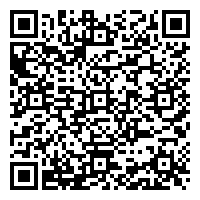