The World Health Organization (WHO) officially declared the coronavirus outbreak to be a global health emergency on Thursday and said the illness represents a risk outside of China.

The number of deaths from the virus in China reached 213 by early Friday, and confirmed cases of those infected rose to 9,800. Eighteen other countries are affected as well, although not nearly as seriously, with just 98 cases reported worldwide.


In the United States, the Centers for Disease Control and Prevention (CDC) has reported the country’s first case of person-to-person transmission.

The official WHO declaration – a Public Health Emergency of International Concern – allows countries to decide whether to close their borders, cancel and/or ban flights, screen travelers arriving at airports and take other measures as necessary.

Israel Bans Flight Arrivals From China
Israel’s Health Minister Yaakov Litzman said Thursday the Jewish State is banning flights into the country from China in the hopes that will help prevent the spread of the illness.

Speaking at a news briefing at the ministry headquarters in Tel Aviv, Litzman said the ban remains in effect until further notice.

In addition, Israelis who have traveled to China are being asked to remain at home on quarantine for a period of two weeks – the incubation period of the virus – but will receive unpaid vacation time from their jobs, Litzman said.

Israel’s national carrier, El Al Airlines, announced earlier in the day on Thursday that it has suspended flights to China for a two month period due to the outbreak.

El Al is not alone among airlines to do so; American Airlines and United Airlines have also suspended direct flights to China from the United States, as has British Airways, Lion Air and Seoul Air.

Scientists Create Vaccine for Wuhan Coronavirus
Researchers have created a new vaccine for the Wuhan coronavirus, according to a report Thursday in the Turkish Daily Sabah news outlet.

Infectious disease expert Yuen Kwok-yung at the University of Hong Kong led a team of scientists in creating a vaccine, Yuen told the South China Morning Post in an interview.

However, he said it will take “a long time to test on animals,” roughly a year, before clinical trials can begin with human subjects.

There are 12 labs in China working on trying to find a vaccine to prevent this illness; those already sick with the virus would not be helped by the vaccine. 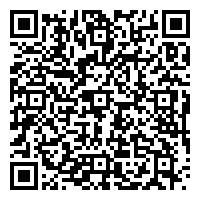