Evidence of fierce battles between the British and Ottoman armies in the form of dozens of bullet cartridges, shell fragments and military items from World War I was recently exposed in an archaeological excavation of the Israel Antiquities Authority in which young people participated, near Rosh Ha’ayin in central Israel. The excavation was carried out in conjunction with paving an access road between Rosh Ha’ayin and the Afek Industrial Park, funded by the Rosh Ha’ayin municipality.

On Tuesday, May 9, in the Migdal Tzedek National Park, students of the Melach Ha’aretz (Heb: salt of the earth) pre-military preparatory program and representatives of the IAAand the Nature and Parks Authority presented the finds for the first time to the Defence Attaché in the British embassy in Israel, Colonel Ronnie Westerman, and the chairman of the Society for the Heritage of World War I in Israel, Mr. Eran Tearosh.


The first rifle cartridge was discovered by a member of the Melach Ha’aretz pre-military preparatory program who participated in the project. “Yitzhak Kalontarov approached me curiously with an artifact in his hand,” says Yossi Elisha, director of the excavation on behalf of the IAA. “I was surprised to discover that it was a rifle cartridge, and I was even more surprised when it turned out to be a World War I cartridge,” says Elisha. “As archaeologists, we expect to discover ancient finds from hundreds and thousands of years ago, whereas here we have a relatively “young” one hundred year old artifact, but we were all drawn to the fascinating story of the battle. The preparatory program students and laborers collected more and more cartridges, shell fragments and various military items. In addition, two military outposts were discovered that were used by the Ottoman army. One was located inside an ancient field tower and the other was adjacent to an agricultural terrace”. According to Elisha, “These finds constitute evidence of one of the major battles that was fought in Palestine between the British forces and the Turkish forces during the First World War.”

At the beginning of the excavation, a fragment of a British army cap insignia was discovered at one of the outposts, and next to it were bullets and Ottoman rifle cartridges.

“It was extremely exciting, because this is concrete evidence of the fighting between the forces in the area,” said Assaf Peretz, a researcher at the IAA. “Our excitement increased even more when archaeologist Shahar Crispin identified the name of the unit to which the soldier belonged whose insignia was found – the Norfolk Regiment.”

According to Peretz, “the fighting on this site was part of the Battle of Megiddo that took place on September 19, 1918. Two battalions, 1/4 and 1/5 of the British Norfolk Regiment, attacked the ridge where the excavated site is located, in order to assist another battalion that attacked the Ottoman fortifications. Finding the British cap insignia inside the Ottoman outpost vividly illustrates the historical event.”

Alexander Glick, a weapons expert at the IAA, reconstructed the battlefield in accordance with the finds: “The British forces shelled the Turkish positions with their 18 pounder guns, which were the standard field artillery piece in the British Army during World War I. Fragments of artillery shells and shrapnel balls were found in the excavation. It seems that the Turkish forces sustained serious casualties from this barrage. Nevertheless, they responded with massive light arms fire aimed at the British forces, as can be seen from the bullet cartridges of the Mauser rifles that were discovered in the Turkish positions. It is interesting to note that the rifles and cartridges were manufactured in Germany and were supplied shortly before the battle, evidence that the Turks were dependent upon their German allies for weapons and ammunition.”

The area of the Migdal Tzedek National Park (Majdal Yaba), where the finds were first presented to the Defense Attaché of the British embassy in Israel, was also included in the long list of sites throughout Palestine where battles took place during the latter half of World War I (1917-1918), a war in which the Yildirim Army Group (the Axis army made up of the Ottoman, German and Austro-Hungarian Empires) fought the Egyptian Expeditionary Force (the Allied Forces consisting of the British army and its colonies, France, Italy, etc.), an army more commonly known as Allenby’s Army. 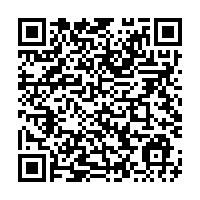