Mishel Maria Polunezki: As an Israeli and a Jew, I just don’t understand what’s the problem. 1. It’s just a salad; 2. What do you really know about Israel?! Just someone explain why you hate us so much.


Elad Reuven So much hate for Jews, its kinda funny how those stupid Muslims just freak out whenever they hear the name ‘Israel.’

And, obviously, an American entry:

Here’s another case in point:

Shalom Samya: I just knew I’d look down this thread and see all these anti-Semites going off about the Israeli Salad being called “Israeli Salad” smh (shaking my head). Y’all pathetic, eat some Israel Salad and chill.

To which one Sarahh Bu replied calling him the son of a street-walker.

And ヴァルキリア デュナミス asked: Why is it called Israeli ? I’ve seen this in so many Arab countries as well. Arabs and Jews have been living together for ages, so you can’t really decide about the origins of a dish, I can’t stand the debate about that again, and all this hate is unnecessary. I would rather call it “healthy salad” or “Middle Eastern salad.”

So very few Arabs in the debate showed even a little bit of a sense of humor about the Salad identity war, we shudder to think what they’d say about main dishes. One Arab’s entry at least had some sense of style:

Sabri Tabbaa: Dear Israel, you can claim the salad, heck I’ll throw in the humus and falafel as bonus too…. And we’ll call them all authentic Israeli dishes!! In return, can we have our land back…

No, you can’t, but feel free to name your salads any way you want. 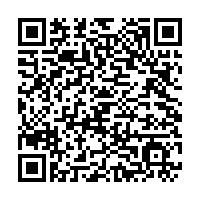