The Israel Defense Forces targeted and successfully eliminated a terrorist who was responsible for several recent terrorist attacks.

Ahmad Za’anin was described by the IDF as an operative in the terrorist group known as the Popular Front for the Liberation of Palestine. He has been involved in terror operations against Israel since at least 2009.  He was located in Beit Hanoun, in the northern Gaza Strip, when the Israeli Air Force succeeded in accomplishing its mission on Tuesday evening, Jan. 21.


According to a tweet, Ahmad, 21, and his cousin, Mohamad Za’anin, 23, were both killed when a drone struck the car in which they were seated.

One of the terrorist attacks for which Za’anin was responsible took place on the evening of Sun., Jan. 19, when a rocket was fired from Gaza and landed in S’d0t Negev. He was also involved in the firing of rockets during the funeral of former Prime Minister Ariel Sharon, on Jan. 15.

Za’anin was actively planning to launch more rockets towards civilian communities in southern Israel, according to the IDF.

The Abu Ali Mustafa Brigades, which purports to be the “military wing” of the Popular Front for the Liberation of Palestine (PFLP), issued a statement of mourning for the “two martyrs” who “were cadres of the Brigades of the Martyr Abu Ali Mustafa.” Abu Ali Mustafa was the secretary general of the PFLP who was killed by the IDF in August, 2001.

“To tolerate Gaza rocket attacks would be to succumb to extremist aggression. It is the IDF’s moral obligation and right to defend its soldiers and civilians from the deadly actions and intentions of terrorists of the likes of Zaanin,” said Lt. Col. Peter Lerner, IDF Spokesman, after the successful completion of Tuesday night’s mission.

There have been approximately 20 rocket attacks into Israel from Gaza since the beginning of this month. 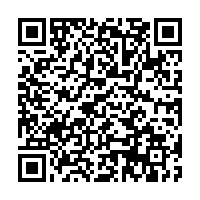