A brouhaha broke out last week after UNESCO summarily canceled the opening of an exhibit it had long-promised to co-sponsor with the Simon Wiesenthal Center.

UNESCO’s reason for the last-minute cancellation was that it had been told by the Arab League that the exhibition might adversely impact the ongoing “peace process” negotiations intended to achieve peace between the Palestinian Arabs and Israel.


On Tuesday, Jan. 21 – the day after the scheduled opening – UNESCO posted a notice on its website:

Following numerous requests for information regarding the Exhibition, “People, Book, Land – The 3,500 Year Relationship of the Jewish People to the Holy Land,” UNESCO wishes to reaffirm that the exhibition has not been cancelled but postponed.

UNESCO is in discussions with the Simon Wiesenthal Center to finalize the last points and inaugurate the exhibition in the month of June.

This announcement might lead one to think that the exhibit wasn’t quite ready.  You certainly would not know, although it is true, that at the time of the original “postponement,” the exhibition materials had already been hung on the walls, thousands of invitations had been sent out, and people were already arriving in Paris in anticipation of the opening event at UNESCO’s headquarters.

This is what actually went down:

Last Tuesday, Jan. 14, the director-general of the United Nations Educational, Scientific and Cultural Organization (UNESCO) sent a letter to the Simon Wiesenthal Center that despite having agreed two years ago to co-sponsor an educational exhibition, which was vetted by UNESCO-sponsored academics, about the relationship between the Jews and the Holy Land, UNESCO was summarily cancelling the exhibition opening, scheduled for the following Monday, Jan. 20.

Two years in the planning? Two years of paying academics, gathering materials, flying internationally acclaimed historians and other experts in and out, restoring the materials so that they could be displayed. But on the very day that the very first peep was heard from the Arab League, and on the basis of the League’s position – without any room for discussion, negotiation or representation – the exhibit was cancelled.

They started out reminding the good madam that the SWC had followed every request and condition laid down by UNESCO in order to ensure a smooth process and a successful event. Then they reminded her that she was the one who put her own signature on the agreement to launch the joint undertaking. And then they told her what they expected of her:

we insist that you live up to your responsibilities and commitments as the co-organizer of this exhibition by overturning this naked political move that has no place in an institution whose mandate is defined by education, science, and culture — not politics. Failure to do so would confirm to the world that UNESCO is the official address of the Arab narrative of the Middle East.

Rabbi Cooper spoke with The Jewish Press on Thursday, Jan. 16. In Cooper’s view, the exhibition was not pulled because of the content. It is a purely historical body of work. And if there are critics out there who cannot believe the SWC could be trusted to ensure absolute honesty and partiality about the topic, surely the UNESCO-appointed academics made sure that was the case.

“No, pulling the exhibition had nothing to do with the content, it was simply the very idea – truth or not – that Jews have had a 3,500 years long relationship with the Holy Land” that the Arab League could not permit and the League’s displeasure was not something UNESCO could abide for even a single day. 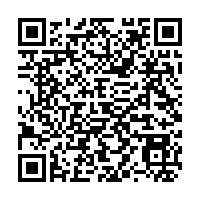