On Friday, July 19, in federal district court in Washington, D.C., Department of Justice lawyers who have the misfortune of having to represent the Internal Revenue Service were forced to reveal exactly how desperate the IRS is to keep its deep, dark secrets buried.

The hearing was held to determine whether the IRS would succeed in convincing the court to dismiss Z STREET’s lawsuit for viewpoint discrimination, before any of the claims alleged by Z STREET can be examined.


It is critical for the IRS to succeed at this stage of litigation, because if it does, Z STREET will be barred from finding out whether the IRS acted in an unconstitutional manner in setting aside its application for tax exempt status.  If the IRS succeeds at this stage, no questions will be permitted into how it is that, according to documents produced by the IRS, the application for tax exempt status of an organization with a viewpoint about Israel which differs from this administration’s was pulled aside for extra scrutiny.

Over the course of more than an hour, and despite federal Judge Ketanji Brown Jackson’s  increasingly apparent frustration with the shifting legal positions of the IRS, the DoJ lawyer said two things that should make everyone who is following the IRS scandals raise their eyebrows right through their hairlines.

ONLY YES OR NO TO EXEMPTION, NOT HOW OR WHY

The IRS has repeatedly sought to characterize Z STREET’s claim as one brought under Section 7824 of the Internal Revenue Code, which requires applicants to wait 270 days after filing their tax exemption application before going to court and asking it to make a determination where the IRS had thus far failed to do so.  And each time the IRS set up what it insisted was Z STREET’s claim, it then pointed out that Z STREET did not wait long enough to bring such a claim, and therefore Z STREET’s suit had to be dismissed.

Z STREET filed its lawsuit against the IRS 239 days after filing for its tax exempt status.  Had Z STREET’s lawsuit  been brought in order to obtain a determination about its tax exemption status – an approval or a denial – the IRS would have been correct in seeking to have the pro-Israel organization’s lawsuit dismissed.  But the IRS is the only litigant who ever raised Section 7824 in the course of the litigation, not Z STREET, the party which filed suit.

Despite that track record, in court on Friday, the IRS offered to waive this statutory requirement – if only Z STREET would abandon its effort to find out what the IRS’s policy about such applications has actually been.

How nice.  Except Z STREET did not bring this lawsuit as a way to find out if its application for tax exempt status was accepted or denied.

As Alana Goodman of the Washington Free Beacon observed from her seat in the court room on July 19, the judge finally lost her temper in response to the repeated insistence by the IRS that Z STREET already had a remedy, the Section 7824 proceeding, to determine whether it was entitled to tax exempt status.  As Goodman wrote:  “”That’s not what they want,’ Judge Jackson snapped.”

This insistence by the IRS that Z STREET had a remedy for its legal claim: it could be assured that the court would provide it with a constitutionally valid process and given an up or down decision pursuant to a Section 7824 ruling, ultimately brought the judge to ask the Justice Department lawyer a critical question.  She asked whether, in the opinion of the IRS, there is any way for Z STREET to obtain the relief that it – not the IRS’s mischaracterization of its claim –  has repeatedly stated in every court filing it wants. In other words, can Z STREET find out whether the IRS violated its constitutional rights by treating its application differently on the basis of its viewpoint.

No, according to the IRS, it can’t.

In other words, the IRS says you can get the little ticket that comes out of the black box called “IRS Tax Exempt Determinations,” which will say either “approved” or “denied,” but you cannot, no way, no how, lift the lid off that black box and look inside.

But looking inside that black box is precisely what Z STREET wants.  It is the only way to determine whether the IRS violated the constitutional rights of Z STREET and of any other organization which complains, at any time, of a discriminatory process employed by the IRS in making its determinations.

Judge Brown asked Z STREET’s lawyer, Jerome M. Marcus, whether the organization could use the Freedom of Information Act to get at the information it is seeking in its lawsuit.

Marcus pointed out that route would not be productive. There are numerous FOIA exceptions which the IRS would certainly use as a shield to prevent the black box from being opened. FOIA is not an option.

Nope, it’s either a court which will allow citizens who believe their constitutional rights have been violated by the IRS to provide the mechanism to find out, or the IRS will be, as so many Americans already believe it to be, a rogue agency able to act with impunity, and able to invoke immunity from prying eyes.

So it comes down to this: Z STREET has alleged that the IRS employed a constitutionally tainted process to evaluate certain applicants for tax exempt status, while the IRS’s position is that there is no way for any complainant to inquire about that process.

The second thing the IRS did, through its DOJ lawyers, was insist that Z STREET should not be and will not be able to get the relief they want. An organization – in this case, Z STREET, but it would apply to any organization – claiming the IRS violated its Constitutional rights should be satisfied with a “good enough” remedy – “not perfect,” but good enough.

That this is the IRS position came through in the gentle – mostly – probing from Judge Jackson, who understood that the IRS desperately wants to prevent Z STREET from looking inside its black box.

Judge Jackson understood that what Z STREET wants, and the reason it filed its lawsuit in August, 2010, is to find out whether, as it believes, the IRS discriminated against the pro-Israel organization because of its political position.  And the only way to find out whether that is the case is not to merely wait and see whether it is approved or denied the opportunity to be a tax exempt non-profit corporation.  The only way to make that determination is to open up the black box of the IRS Exempt Organizations Determinations unit and look inside, and see whether the process the IRS used was a constitutionally valid one or an invalid one.

The position of the IRS is one that means no one can ever find out if the IRS acted in an unconstitutional manner, all they can do is find out whether they can get, or be denied, tax exempt status.  That would put the IRS above the Constitution.  That cannot be right.

Judge Jackson will take the court filings and the arguments raised in court on July 19, under advisement.  There is no timetable for when she will rule.

Full Disclosure: This reporter is the president of Z STREET 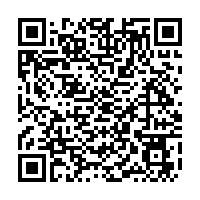