The staff of this excellent website is not sure they should be proud of the stats below, but since the numbers represent irrefutable facts, they felt obligated to share:

It turns out there’s no boycott of The JewishPress.com by the writers and readers of the white supremacist website Stormfront, which include ex-KKK Wizard David Duke, White Power scum, and your garden variety neo-Nazis.


In fact, a quick Google search of that seriously disturbing website would reveal that JewishPress.com is their most quoted Jewish website with more than 74,500 linked references back to JewishPress.com.

The editors of JewishPress.com discovered this curious fact through their monitoring of the “talkback” comments on various Jewish Press articles. Some of the comments on specific articles were so strongly antisemitic, it was difficult to figure out why would people who feel such vehement hatred for Jews be spending so much time on a Jewish website?

But taking a look at their statistics pages, a pattern emerged. Many of the horrible comments were all traced back to Stormfront. Every time they posted a link to a JewishPress.com story on their forum (sometimes a few times a day), their devoted ghouls would follow the link back to the Jewish website to get their fix of Jewish news.

To prove this point, a Google search through Stormfront’s links to other highly popular Jewish, English language websites, revealed that Ha’aretz barely makes it past 10,000 neo-Nazi links, and the Jerusalem Post doesn’t even reach 5,000.

“If we get quoted so often by people who believe the Jews rule the world, what does that say about who really rules Jewish news online?” joked Stephen Leavitt, the JewishPress.com’s Editor in Chief, who made the statistical discovery.

Yori Yanover, the website’s senior editor, was wondering “how someone could make a buck off of this.” A veteran of Jewish journalism, Yanover suggested: “There must be some advertiser out there who would want our Nazi traffic – the problem is we probably wouldn’t be able to run any of their ads…”

Still, being considered the most quotable and powerful Jewish website by the worst Jew haters must mean the website, which has been growing exponentially in readership and influence since its re-launching in early 2012, has arrived. It’s official, then: for news that provokes the enemies of the Jewish people, check out JewishPress.com. 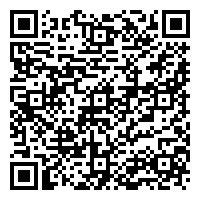