The more evidence is revealed regarding the Internal Revenue Service’s treatment of organizations whose ideological views conflict with those of this Administration’s, the more it becomes apparent that the claims made against the IRS by a small pro-Israel non-profit back in August, 2010 were not only probably true, but are demonstrably true.  Incredibly, the proof that Z STREET’s claims are true was found in documents created by the IRS itself, in submissions to investigators looking into IRS misbehavior regarding other non-profits.

And on Friday, July 19, as the IRS makes its first court hearing in any case regarding claims that it mistreated many non-profits because of the ideological positions of those organizations, the proof of its ideological motivations are now public.


This Friday, July 19, at 10:00 a.m., Judge Ketanji Brown Jackson will hear the government’s motion to dismiss Z STREET’s claims against it in courtroom 17 in the Federal district court in Washington, D.C.

In a federal lawsuit filed in August, 2010, Z STREET claimed that the IRS had engaged in viewpoint discrimination while processing Z STREET’s application for status as non-profit.  The basis for its claim was that the IRS agent assigned to Z TREET’s file told Z STREET’s corporate counsel that the review of Z STREET’s application for tax exempt status would take a long time because the IRS had to “give special scrutiny to organizations connected to Israel,” and that the files of some of those organizations “were sent to a special unit in Washington, D.C. to determine whether the organization’s activity’s contradict the public policy of the Administration.”

This Wednesday, July 17, Z STREET (this reporter is the president of the organization) filed a supplemental memorandum with the court, submitting newly-discovered evidence that the IRS employees created a purely political category “Occupied Territory Advocacy” as the basis for additional review of an organization’s application for tax exempt status.

All of the information about this IRS categorization is contained in documents which the IRS had been required to submit during an investigation conducted by the Treasury Department’s Inspector General for Tax Affairs.  But these documents had not been made public earlier, because the IG’s mandate had been to look at organization’s whose applications were delayed on the basis of political orientation, the largest example being the Tea Party organizations.

However, on June 24, Rep. Sander Levin, (D-MICH), released a series of documents produced by the Internal Revenue Service.  Rep. Levin said he believed these materials proved the IRS had not only targeted conservative groups, but that it had also gone after “progressive” groups, i.e. liberal ones. Presumably, his goal was to prove that the IRS was not selective in its misbehavior, but had been an equal opportunity offender.  Levin believed that the 14 IRS documents which he released on June 24, 2013, made this point, and he then went on the offensive, lambasting the Treasury’s Inspector General, J. Russell George, for failing to raise this “fact” in his report.

Sympathetic media outlets immediately ran top-of-the fold headlines proclaiming, based upon statements made in a conference call given by Danny Werfel, the new Acting IRS Commissioner, with select members of the media, that the IRS had not only used the words “Tea Party” as a search term to target organizations for additional scrutiny, but that it had also targeted “progressives,” “Israel” and “Occupy.” Outlets which ran with this story, and used the claim in its headlines, included the Associated Press, Bloomberg News, and the Huffington Post.

But a detailed review of the IRS documents released by Levin, as well as a lengthy response by the Inspector General to Levin’s scathing letter, revealed that those documents did not prove what Levin and others hoped was being proved. In fact they proved something very different.

Although the term “progressives” was found as a category on several of the documents, just a few minutes’ perusal of that line item reveals that nothing was done with the organizations with that term in their title.  In fact, the Tab under which that term appears is “Potential Abusive Historical,” and the category had been moribund.  A note in one of the columns revealed that because those organizations were clearly engaged in political activity, IRS employees noted that they should have requested a 501(c)(4) and not the 501(c)(3) designation they sought. 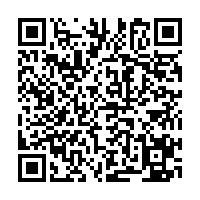