The Chief Rabbis of Israel filed a complaint with the police Monday after receiving letters threatening them with death if they try to stop the Women of the Wall (WoW) movement from praying in the custom of men, complete with a minyan, tallis and tefillin.

WoW officials immediately condemned the death threats and denied any connection with them.


“All those involved and educated on the subject know that there is no connection between the content and style of these letters and the spirit of nonviolence, tolerance and acceptance which drives Women of the Wall,” WoW stated. Addressing the rabbis who were threatened, they added that they “wish them strength and courage during this trying time.”

Ashkenazi Chief Rabbi Yona Metzger and his Sephardi counterpart Chief Rabbi Shlomo Amar received letters with a picture of a handgun. The letter stated, “This is your final warning. If the Women of the Wall are not allowed to daven in line with their custom, we will use all means at our disposal and will end up with one hundred Haredi bodies. Your end is near.”

The Chief Rabbinate stated that the threat is a “red line that has not yet been crossed in the past.”

For all those who have been hibernating the past several months, the Women of the Wall, cheered on by American media and the Reform Movement, have successfully won their campaign to be able to pray at the Western Wall, in the back of the women’s section, even if not in accordance with Jewish tradition that is maintained by Western Wall Rabbi Shmuel Rabinowitz. He said he also received a death threat in a letter to his home.

The women will be back in full force at the beginning of the new Hebrew month of Tammuz, which starts Saturday and Sunday, having won permission from the Supreme Court last month to pray in a minyan with tallis and tefillin at the Kotel.

More than 1,000 Haredim, most of them high schoolers, prayed in protest, but the scene was marred by several Haredi men who threw bottles and rocks at the Women of the Wall.

So who sent the death threats?

If a member of WoW sent the letters, she definitely is not a core member of the group.

The writer could have simply been someone who hates Haredim and decided to hitch a ride on the WoW campaign to express outrage at Haredi rabbis, who on the one hand safeguard Jewish law and on the other hand often use religion coercion that distances Jews instead of bringing them closer to tradition.

And there is the worst possibility, if not the most probable.

Someone out there cannot accept the fact that, right or wrong, the women have won the battle. What better way to disgrace WoW by insinuating they are threatening Haredi rabbis to get their way?

This Shabbat, Jews from all over the world will read the Torah portion of Korach, of the Tribe of Levi. He insisted that all of the People of Israel are holy and that Moses was not the only one fit to lead the people.

He met his end when his followers were swallowed up by an opening in the earth, burying them alive.

Opponents to the Women of the Wall will have a field day comparing them with Korach.

There may be something to that comparison, but the same scoffers – and I am far, far from being a supporter of WoW – might recall that a recent Torah reading describes how the “elders” who were close to Moses and complained to him that two of the elders were prophesying.

“And the Lord came down in the cloud and spoke to him [Moses], and took part of the spirit that was upon him and put it upon the seventy men of the elders, and it was, when the spirit rested upon them, that they prophesied, but did not continue.

“And two men remained in the camp – one was called Eldad and the other was called Medad – and the spirit rested upon them; and they belonged to those who had been recorded, but they had not gone out to the Tent [of Assembly], and they prophesied in the camp. And a young man ran and told Moses, and said, ‘Eldad and Medad are prophesying in the camp,’ and Joshua son of Nun, servant of Moses from his youth, answered and said, ‘My lord Moses, restrain them.’ And Moses said to him, “Are you jealous on my account? Would that all the people of the Lord might be prophets, that the Lord would put His spirit upon them!” (Num. 11:25-28) 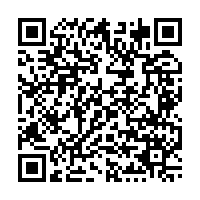