Russia’s transport minister Maksim Sokolov on Saturday denied the Islamic State’s claim, that its militants had brought down the Russian charter plane, an Airbus A321 en route from the south Sinai resort of Sharm el-Sheikh to Saint Petersburg on Saturday. But a videotape released by ISIS is claiming it shot the plane down and shows an explosion on the wing of a plane and follows its fall from the sky trailed by a tail of smoke.

There were 214 Russian and three Ukranian passengers on board, with a crew of seven. An ISIS affiliate in Egypt claimed that it had downed the plane, without specifying how, but an Egyptian spokesman said the crash was not the result of an attack.
Advertisement


The ISIS tweets describing the attack went: “Soldiers of the Caliphate were able to bring down a Russian plane above Sinai Province with at least 220 Russian crusaders aboard,” followed by: “They were all killed, praise be to God. O Russians, you and your allies take note that you are not safe in Muslims lands or their skies,” and: “The killing of dozens daily in Syria with bombs from your planes will bring woe to you. Just as you are killing others, you too will be killed, God willing.”

But Minister Sokolov tweeted: “Now in various media there is assorted information that the Russian [airplane]… was supposedly shot down by an anti-aircraft missile, fired by terrorists,” and insisted, “This information can’t be considered accurate.”

According to Sputnik, an examination of the Airbus crash site showed the airliner fell due to a technical fault. It was the deadliest air accident in Russian history, worse than the 1985 disaster in Uzbekistan, when 200 people perished. Bodies were found as far as three miles the crashed plane in the Sinai. According to Reuters, the plane fell vertically, which led to large parts of it burning.

According to the Guardian, the ISIS claim does not explain how they were able to bring down the plane, when the most sophisticated, portable surface-to-air missiles can’t reach the high altitude the plane was flying at. These missiles have been proven effective strictly during take-off or landing, but the Russian Airbus came down after having reached its target altitude.

The altitude of the plane, an estimated 20,000 feet, makes it practically impossible for ISIS to have hit the plane with any missile in their arsenal.

Meanwhile, European airlines Lufthansa and Air France have announced that they would stop flying over the Sinai Peninsula, until it is made clear what had caused the crash. 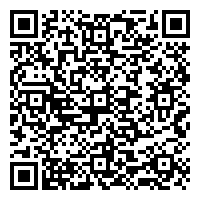