Syrian media reported on Saturday that Israeli Air Force planes conducted two attacks on military bases belonging to President Bashar Assad and the Hezbollah in the Eastern Lebanon Mountains near Syria’s border with Lebanon Friday night. Local officials indicated that the target of the attack was a military unit stationed in the village of Ras al-Ayn, and the base is located on the outskirts of the village of Al-Qutayfah.

According to sources, the Israeli planes arrived through Lebanon. So far it is not known whether there were casualties in the attack. Also, government run media did not mention these reports.


This was the first report of an Israeli attack inside Syria since the Russian military intervention in that country. Israel’s defense establishment has refused to comment on the report. The Russian Defense Ministry has announced that Russian troops stationed in Syria established a direct line to the IDF, designed to coordinate aerial sorties to prevent clashes between planes belonging to the two air forces.

On previous occasions, Israeli attacks deep inside Syria targeted arms shipments intended for Hezbollah. Last July, Syrian state television reported that an Israeli plane attacked a training camp belonging to the Popular Front for the Liberation of Palestine, General Command, at the Syrian-Lebanese border. According to that report, six people were injured in the attack on the group, which supports President Assad’s regime. 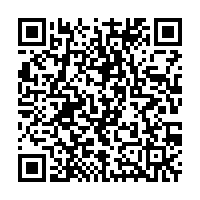